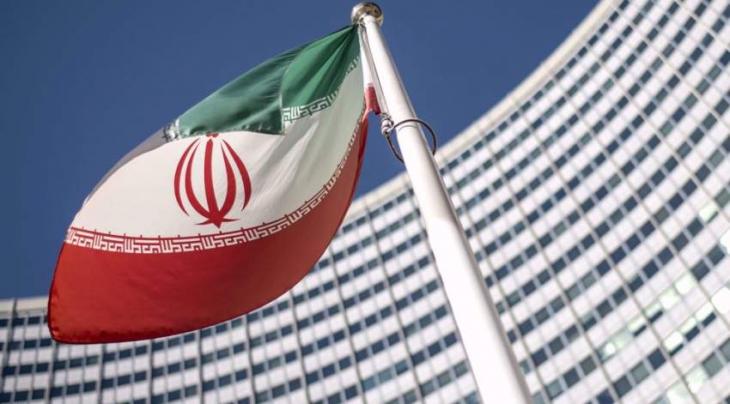 Iran’s moves in the nuclear sector undermine the benefits of the Joint Comprehensive Plan of Action (JCPOA) on Iran’s nuclear program, the UK, France and Germany (E3) said in a joint statement to the Board of Governors of the International Atomic Energy Agency (IAEA).

LONDON (UrduPoint News / Sputnik – 15th September, 2021) Iran‘s moves in the nuclear sector undermine the benefits of the Joint Comprehensive Plan of Action (JCPOA) on Iran‘s nuclear program, the UK, France and Germany (E3) said in a joint statement to the board of Governors of the International Atomic Energy Agency (IAEA).

The September session of the IAEA Board of Governors opened in Vienna on Monday in a hybrid format.

The E3 said they remained fully committed to the negotiation process on the JCPOA, aimed at facilitating the return of the United States to the deal and the return of Iran to full compliance with its obligations. “We strongly encourage Iran to urgently seize this diplomatic opportunity,” the statement says.

“At the same time, we are deeply concerned by Iran‘s continued violations of its nuclear-related commitments, and recent escalations. Since the last Board of Governors in June, Iran has continued to conduct unauthorised activities with uranium metal and has, for the first time, produced uranium metal enriched to 20%. Iran has no plausible civilian reason for such activity, which provides weapons-applicable knowledge gain. Iran should halt the production of uranium metal immediately,” the statement says.

In addition, the E3 are concerned that Iran had begun doubling its production of highly enriched uranium since the last meeting of IAEA council, and continues to stockpile uranium enriched to 20% and develop centrifuges, including at the Fordow facility.

“We strongly urge Iran to cease these activities,” the statement says.

“Collectively, these steps present a pressing nuclear proliferation risk, have irreversible consequences for Iran‘s nuclear capabilities, and undermine the non-proliferation benefits of the JCPoA. It is particularly regrettable that Iran has deepened its systematic violations of the JCPoA at a time when all JCPoA participants and the United States are engaged in substantive discussions, with the objective of finding a diplomatic solution to restore the JCPoA. We urge Iran to cease further escalation, and to constructively reengage in negotiations without further delay,” the E3 said.

UK, France and Germany are concerned about the restrictions imposed on the activities of the IAEA in Iran, the statement says.

“Iran needs to restore all accesses by resuming its provisional application of the Additional Protocol and reinstating all JCPoA-related transparency provisions in full, thereby allowing the IAEA unimpeded access to all sites and activities the Agency requires according to its reporting mandate. By limiting accesses whilst simultaneously escalating its nuclear programme, Iran is making it harder for the international community to be assured about the exclusively peaceful nature of its nuclear programme,” the statement says.