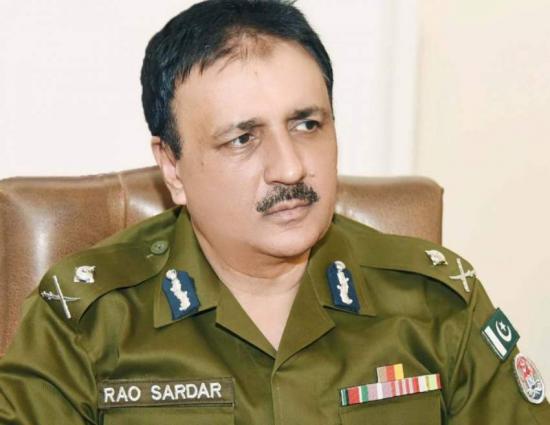 Inspector General of Police, Punjab, Rao Sardar Ali Khan on Monday said that change in police station culture was only possible with quick redressal of citizens’ complaints and provision of best and easy service delivery to them

During surprise visits, officers should conduct special inspections of staff behavior and public service delivery process, he said and added that actions should be taken against those involved in corruption, disrespect to citizens or cause deliberate delay in resolving issues under zero tolerance.

He issued these instructions while directing to all RPOs of the province during RPOs video link conference held here at the central police office.

He said that surprise visits would provide feedback of innocent citizens about behavior of police officers and personnel in police stations and offices, and also expedite the process of change in ‘Thana Culture’.

The IGP said that sting operations in Lahore especially against beggars were commendable which should be continued in the same spirit across Punjab, adding that such sting operations against proclaimed offenders, fugitives, land grabbing mafia and anti-social elements should also be intensified so that criminals could be taken behind the bars.

Rao Sardar Khan said that patrolling plan across the province should be updated on weekly basis to keep pace with the changing situation with effective monitoring while trackers in patrol vehicles should remain active in every situation.

The IGP added that in the districts where trackers of vehicles were faulty, the RPOs should send reports to the CPO within a week based on viable suggestions for making them functional and in meanwhile effective monitoring of patrolling vehicles and staff should be ensured through E-Police Post App.

He said that all available resources should be utilized to provide all possible security to foreigners especially Chinese nationals while permanent checkpoints should be avoided and in case of mobile checkpoints the circle officer and SHO should take full responsibility, he asserted.

He said the best results should be achieved by working in accordance with their original objectives from all police formations.

Instructing the officers, the IG Punjab said that people friendly policing and speedy eradication of crimes and the best professional training of the force in line with modern requirements was the need of the hour. Steps should be taken to exploit all available resources for changing police from crime fighting force to Public friendly service, he directed.

He directed that special training in public dealing and stress management should be imparted to the trainees and said the supervisory officers should play active role to improve the conviction rate.