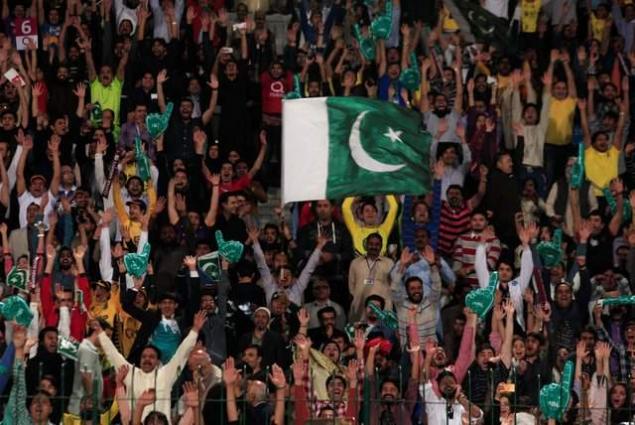 National Command and Operation Centre has said that Pakistan Cricket Board (PCB) will be responsible to enforce COVID-19 SOPs.

The sources said that NCOC’s meeting headed by Asad Umar granted permission to PCB to host a limited crowd during the upcoming T20 tournament.

“PCB will be responsible to enforce COVID-19 SoPs,” Asad Umar was quoted as saying by the sources.

According to the permission, Only COVID-19 vaccinated fans would be allowed to watch matches live in the stadium.

PCB started planning for tickets sell which is expected to start soon.

Initially, the tournament was scheduled in two phases, the first one in Multan from September 25 to October 3 whereas the second one in Lahore from October 6 to 13.

The latest reports, however, suggested that the tournament would be played now in Pindi stadium. The players started reaching Islamabad but the PCB has yet to release the official details about the tournament.