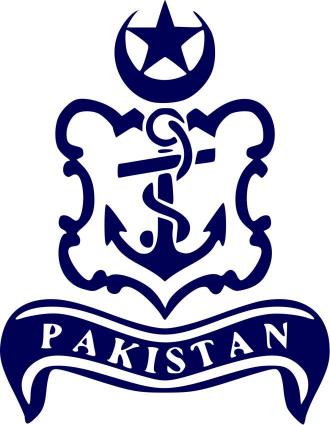 Since 2001, one of the most pressing issues surrounding nuclear security is the threat of nuclear terrorism. In order to prevent any such incident, various measures have been taken since the 2002 General Conference of the International Atomic Energy Agency (IAEA) and its subsequent Nuclear Security Plans

Muneeb Salman:
Since 2001, one of the most pressing issues surrounding nuclear security is the threat of nuclear terrorism. In order to prevent any such incident, various measures have been taken since the 2002 General Conference of the International Atomic Energy Agency (IAEA) and its subsequent Nuclear Security Plans.

However recent events of nuclear theft and trafficking in India have raised renewed concerns. The latest incident occurred on August 26, when the Indian Crime Investigation Department (CID) arrested two persons with 250 g of radioactive substances as they attempted to sell the material in the Indian city of Kolkata.
The CID India reported that the estimated worth of illegally possessed radioactive substances is $537 million USD.

However this has not been the first precedent of illicit nuclear trafficking in India in recent years. In June 2021, Indian police captured 6.4 Kg of Uranium and arrested 7 suspects. In May 2021, the Anti-Terrorism Squad of Indian police seized 7 Kg of Uranium from 2 residents in Maharashtra.

While earlier in December 2016, around 9 Kg of depleted uranium was also seized by Indian police in the same province of Maharashtra.
The repeated incidents come under the purview of the Convention on the Physical Protection of Nuclear Materials (1980) and the IAEA Code of Conduct (2004).

They are also in violation of United Nations Security Council Resolution 1540, which obliges all states to take measures to prohibit non-state actors from acquiring – among others – nuclear weapons, and any activities that facilitate such acts.

The IAEA reference manual for “Combatting Illicit Trafficking in Nuclear and Other Radioactive Material” also states that detection of criminal acts involving small quantities of nuclear and radioactive material could be indicative of security issues, and that larger quantities of nuclear material could be accumulated from smaller consignments for illicit purposes including nuclear terrorism.

The US National Research Council also noted in 2002 that “the primary impediment that prevents countries or technically competent terrorist groups from developing nuclear weapons is the availability of [nuclear material], especially HEU (Highly Enriched Uranium).”
However the frequency of above mentioned incidents suggest that India is not performing its obligations for nuclear security effectively.

The media and police reports of December 2016 and June 2021 incidents indicated the intent of selling the radioactive material in black market. According to the latest factsheet of IAEA Incident and Trafficking Database (ITDB), only 6 incidents related to trafficking or malicious use of nuclear and radioactive materials were reported around the globe in 2019.

Whereas three incidents in India have been reported in 2021 between May and August alone. This roughly makes up half the incidents of trafficking or malicious use across the globe.
Prosecution and lack of any meaningful conclusion of such sensitive cases in India is another issue that remains unresolved.

Apart from initial media reports of registering FIRs, there is usually little to no clue about how these cases conclude. According to a 2003 report on various cases of uranium thefts in India, no charges were put against the miscreants who stole nuclear material.

Neither was the root of these thefts ever investigated. The lack of investigation and law enforcement may also point towards the possibility of undetected smuggling that may never even have come on record.

This issue aggravates further as a number of Indian nuclear facilities are immune from international safeguards and inspections.
India became the only country in 2008 to obtain an exception waiver from the Nuclear Suppliers Group (NSG) with US support.

This allows Indian export of civilian nuclear supplies without signing a comprehensive safeguards agreement with IAEA, which is otherwise a requirement.
In conclusion, the incidents of illicit trafficking and theft of nuclear and radioactive materials in India raise alarms for many reasons.

First, it renews apprehensions regarding nuclear and radioactive materials proliferation through organized black market in facilitating terrorists, criminals, and other illicit actors. Second, it reveals loopholes in detection, prosecution and law enforcement by India regarding incidents of nuclear theft.

Third, it reflects how evading international safeguards and overlooking norms may exacerbate international peace and security, as it happened when India was given a waiver to NSG. Whether these incidents are isolated accidents, or a greater global nuclear security threat with far reaching effects, will only be determined if independent enquiries by responsible international organizations are carried out.

To that end, the international community must demand such enquiries and safeguards to be implemented on India’s nuclear program. Perhaps it is also the time for the international community to demand revocation of India’s NSG waiver and comprehensive IAEA safeguards to be implemented to ensure nuclear security globally.
The writer is Research Associate at Maritime Study Forum Islamabad.