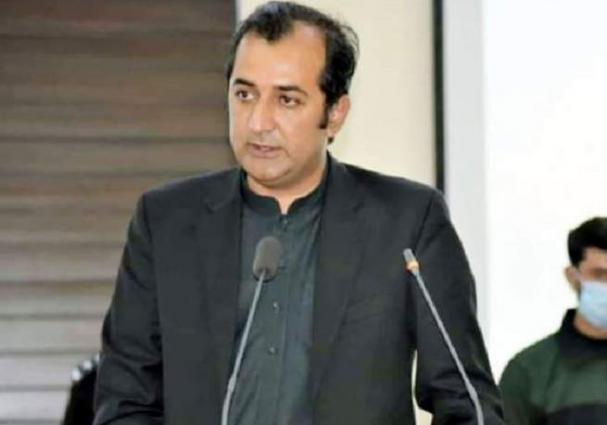 He expressed these views while talking to a delegation of United Nations Development Programme (UNDP) and GLOF Project here.

The chief minister said as per the vision of Prime Minister Imran Khan, the GB government was working for the protection and promotion of forests and also determined to protect it from timber mafia. He said that with the participation of the local community steps were being taken to prevent relentless deforestation and to promote forests.

Khalid Khurshid said in the past a trophy hunting programme was launched with the participation of the local community for the protection of wildlife, which was very successful and had positive results.

He said that health, education and stunting issues in different districts of Gilgit-Baltistan were among the priorities of the government, adding that work was underway on a master plan to prevent unplanned construction.

The chief minister appreciated the positive role played by UNDP in various sectors of Gilgit-Baltistan in collaboration with the government and expressed hope that it would continue working in future.

Speaking on the occasion, Resident Representative of UNDP Pakistan Knut Ostby said that UNDP would play its role in organizing a donors conference in Gilgit-Baltistan, adding that various programs would be launched in collaboration with the provincial government to enhance the capacity of various institutions in GB. He said that UNDP launches peace and justice program in Khyber Pakhtunkhwa and Balochistan, which would be extended to Gilgit-Baltistan.