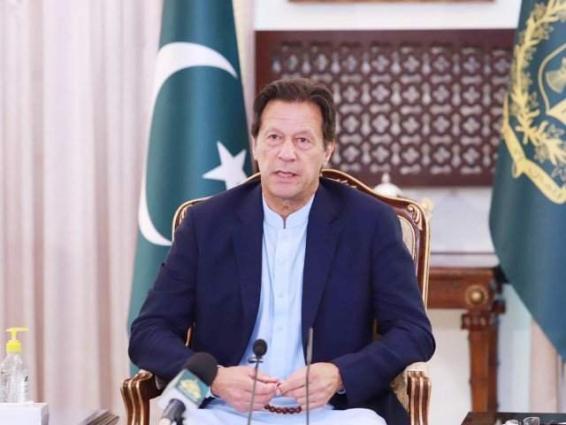 Prime Minister Imran Khan has urged the international community to seize the great opportunity for bringing stability in Afghanistan by supporting, encouraging and incentivizing the Taliban government so that they could fulfill their promises

ISLAMABAD, (UrduPoint / Pakistan Point News – 22nd Sep, 2021 ) :Prime Minister Imran Khan has urged the international community to seize the great opportunity for bringing stability in Afghanistan by supporting, encouraging and incentivizing the Taliban government so that they could fulfill their promises.

He further stressed that the international community must realize the situation in Afghanistan which could spiral out of control if not supported by them.

The prime minister was responding to different questions in a BBC programme hosted by John Simpson. A part of programme was earlier broadcast by the British television network on Tuesday.

To a query, the prime minister said the international community must support and encourage the transition government in Afghanistan to fulfill their promises, they had made regarding forming of an inclusive government, safeguarding the human rights including women‘s rights and that Afghan‘s soil would not be used against any country by the terrorists.

“What will happen in Afghanistan now, no one can tell. Where Afghanistan will go from here, no one can predict,” he observed stressing that the country required peace and stability to move on.

He further said, “I’m afraid, I’m not in position to tell what will happen.” “We are quite tense. Our biggest worry is the looming issue of refugees,” Prime Minister Khan said sharing his concerns if the peace and stability did not return to the war torn country after twenty years of chaos and civil war.

Responding to another query, he said that in his view, Taliban came into power after 20 years of civil power, so they required some time.

Taliban knew it very well that if they wanted peace and stability, they required to include all Afghan groups in the government, he added.

To another question, he maintained that Afghanistan survived on bulk of international aid. There were factions within Taliban and those at the helm of affairs had been trying to get an international acceptability, he added.

About recognizing Taliban‘s government, PM Khan said that the neighbouring countries would take a collective decision in that regard.

“All neighbours will get together and see how they progress. Whether to recognize them or not will be a collective decision,” he maintained.

He explained that during his recent visit to Tajikistan, he spoke to the neighbouring countries and the president of Tajikistan, and they had decided to take a collective decision about Taliban set up.

However, he added that it would depend upon formation of an inclusive government in Afghanistan, respect for the human rights and that Afghan soil would not be used for terrorism.