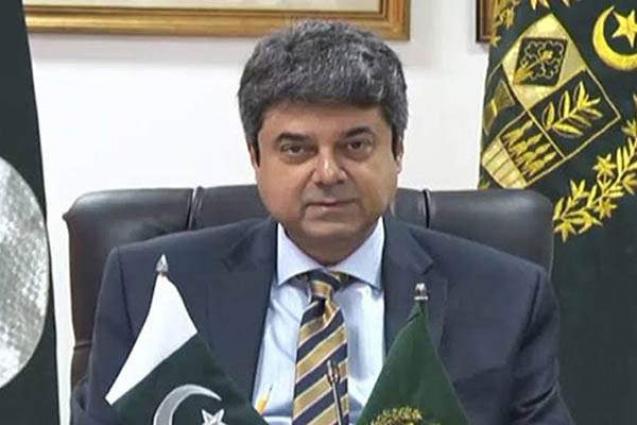 The meeting of the Cabinet Committee for Disposal of Legislative Cases (CCLC), chaired by Federal Minister for Law and Justice Barrister Dr. Muhammad Farogh Naseem held here on Thursday

Two Agenda Items out of six were approved so as to be placed before the cabinet.

Earlier, Federal Minister for Information and Broadcasting, Chaudhry Fawad Hussain also had sought time to study draft. The matter has now been adjourned to next week.

Under the leadership of Federal Minister Barrister Farogh Naseem, the law ministry had sent the first draft to the Prime Minister in June 2021. After further consultation second draft was sent in September 2021. About 650 amendments were proposed in the draft.

These laws include the Code of Criminal Procedure, Pakistan Penal Code, Qanun-e-Shahadat Order, Control of Narcotics Act, Railways Act, The Pakistan Prisons Rules, Islamabad Capital Territory Criminal Prosecution Service and The Islamabad Capital Territory Forensic Science Agency Act. In this regard opinions were sought from Provincial Police, Islamabad Police, Prosecutors General and Prosecution Departments, consultations were also held with lawyers, NGOs, human rights lawyers, Home Secretaries of the provinces and representatives of the Attorney General’s office, all Provincial Secretaries for Law and members of the Advocate General’s Office of Khyber Pakhtunkhwa and Punjab. Relevant reports of the Law and Justice Commission were also scrutinized from 1981 while making these amendments. These amendments will introduce an efficient and expeditious procedure for filing FIRs and will significantly reduce the number of pending cases, the time to pursue cases will be greatly reduced, Police abuse with the public will be eradicated. These amendments will enable cases to be brought to a transparent conclusion, evidence gathering will be further improved and expedited, modern tools would be used to deliver justice.

The experts were of the view that if the amendments pertaining to Criminal Reforms, as introduced by Dr. Farogh Naseem, Law Minister, were properly implemented, it would completely overhauled the criminal justice system in the country.