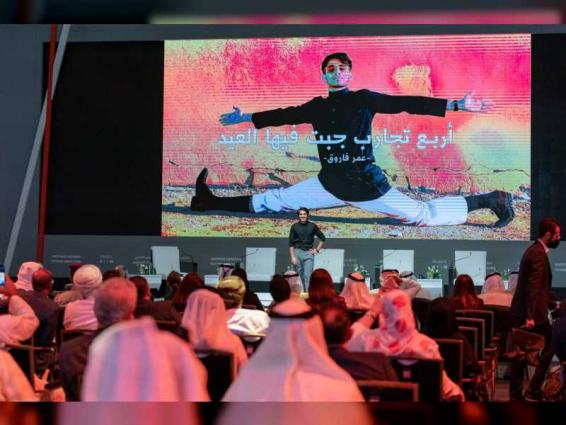 SHARJAH, (UrduPoint / Pakistan Point News / WAM – 26th Sep, 2021) The inaugural session of the 10th edition International Government Communication Forum (IGCF), organised by the Sharjah Government Media Bureau (SGMB), witnessed an exciting and insightful panel on the prevalence of conspiracy theories, their hold on the public imagination and the challenges faced by government entities and communications in countering them.

The session, attended by H.H. Sheikh Sultan bin Ahmed Al Qasimi, Deputy Ruler of Sharjah, examined conspiracy theories not only from a political standpoint, but went deeper to analyse the realities of their impact across sectors and on the public at large.

The panel, led by Lord Philip Hammond, Member of the House of Lords, UK; Dr. Fahed R. Alshelaimi, Chairman of the middle East Center for Strategic and Political Consulting; and Nart Bouran, CEO of International Media Investments (IMI), and moderated by Sky news Arabia presenter, Nadim Koteich, touched upon the ubiquity of conspiracy theories in the age of digital and social media, the media’s role in combatting such theories and frameworks that can be put in place to increase trust between governments and societies.

Governments essentially face the same challenges of the past in that lies travel faster than the truth but misinformation today reaches billions of people in seconds, according to Lord Hammond, in the context of the pandemic and the numerous anti-vaccination theories and agendas it has spawned.

“This is a clear threat and undermines the work of science, truth and the government, and damages public health in a big way. The bigger challenge is the sense of disempowerment among the public that fosters conspiracy theories, which needs to be treated as both an immediate and long-term challenge,” Lord Hammond explained.

With almost five billion users on the internet today, social media and other digital media platforms approach it as a numbers game to propel business and the responsibility of controlling the spread of disinformation is a challenging one, pointed out Bouran. The solution, as Lord Hammond noted, is to connect emotionally with the people that governments are trying to persuade, while presenting well researched facts and data. A clear narrative and convincing arguments, presented by respected figures and influencers and backed by facts-based research, offers the most effective approach to tackle them. The best example of this is the UAE’s 90 percent vaccination rate, achieved by transparent government communications, presented by dedicated and respected health authorities and influencers, in contrast to the anti-vaccination theories and misinformation that spread in other countries.

Dr. Fahed Al Shelaimi noted that conspiracy theories flourish in the face of ambiguity and lack of clear, transparent information channels from the government, adding that “swift and clear media responses, and research institutions and platforms can help counter the issue.”

Building transparency in government and media, and building the right tools to disseminate information to the public are major solutions to the problem, noted Al Shelaimi. “Developing partnerships with trusted entities and public influencers to spread information should be the counterapproach against conspiracy theories and be a major part of government communication efforts,” he added.

In conclusion, Lord Hammond noted that distrust of authority cannot be overcome by issuing more control by the same authorities. The panelists agreed that giving the population the necessary tools to think critically and analytically and helping them build a critical approach to conspiracy theories are key, and used by many countries in effectively tackling conspiracy theories.

Echoing the key points made by the panelists exploring the challenges faced by conspiracy theories, Bahraini social media star, influencer and filmmaker Omar Farook gave a talk on how he used “undercover” videos shot in the most unexpected settings to spread information on humanitarian issues to his viewers and the general public. Showcasing his filmmaking “social experiments” wherein he shot inside a prison, as a person with special needs going on Umrah in Makkah, as an undercover customs officer in Bahrain, and on the ground in Beirut after the devastating port explosion in 2020, Farook noted that his efforts brought an understanding of the wider realities and challenges to his more than 500 million followers on social media. Through his work, he explored the ability of human communication and the importance of quick response to traumatic situations such as war, attacks or natural disasters.

Being held under the theme, ‘Historic lessons, Future ambitions’ at Expo Centre Sharjah, IGCF 2021 has brought together 79 experts in communication from 11 Arab and foreign countries to discuss innovative crisis management mechanisms and determine the future of government communication. The forum’s highlights include 31 events featuring 7 panel discussions, 5 inspirational talks, 7 training workshops, and 12 interactive programmes, to envision the future of government communications and review mechanisms, tools, and changes in public perceptions.