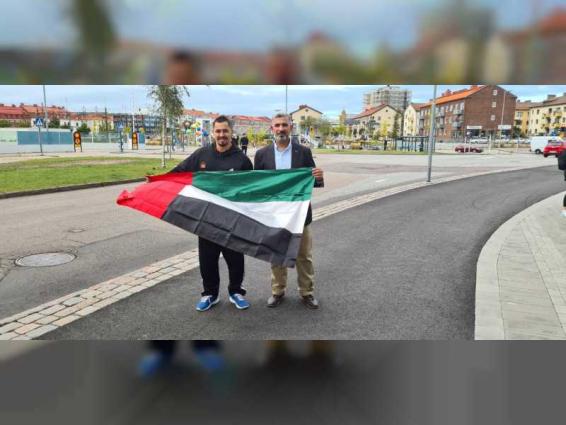 Al Zaabi was awarded a silver medal in the 83 kg weight category, marking a new achievement for the UAE in powerlifting.

The board of Directors of the Emirates Federation for Bodybuilding and Fitness (EFBF), led by Sheikh Abdullah bin Hamad bin Saif Al Sharqi, dedicated the achievement to the UAE’s leadership and sporting community, expressing his happiness at receiving the award, which coincides with the UAE’s celebration of its 50th Year and its hosting of the Expo 2020 Dubai.

The new silver medal is Al Zaabi’s third medal for the UAE. He is a member of EFBF and his first award was in 2018 when he won a gold medal, while his second was in 2019 when he received a silver medal.