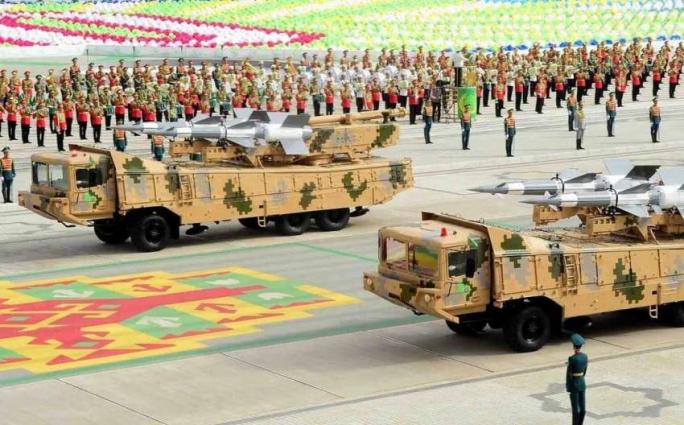 Ashgabat (UrduPoint / Pakistan Point News – 30th September, 2021) Turkmen people greeted the 30th anniversary of the sacred independence of Turkmenistan with a special enthusiasm in the spirit of unity and cohesion.

This anniversary year, proclaimed as the International Year of Peace and Trust at the initiative of Turkmenistan, has added new glorious pages to the historical record of Independent Neutral Turkmenistan.
The main celebration of the glorious 30th anniversary of independence was the festive parade held on September 27, in the Complex of the State Tribune, which was commissioned on the eve of the Independence Day of Turkmenistan.
The decoration of the current anniversary military parade was the march around the square of a group of horsemen – military servicemen on the “heavenly” Akhal-Teke horses which for centuries have been full participants of the national celebrations.

Horses were at all times faithful friends and companions of Turkmens.
The center of the celebrations, held on September 28, was the International Akhal-Teke Equestrian Complex, which is not only an arena for equestrian competitions, but also a center of popularization and development of beloved national sport.

At the end of the festive races, having congratulated the winners, Leader of the Nation together with everyone else watched an air show with the participation of our brave military pilots.
A group of military aircrafts driven by Turkmen pilots appeared in the sky over the International Akhal-Teke Equestrian Complex and demonstrated brilliant skills in aerobatics.

In honor of the main holiday of the country salutes were given, which added to the feeling of pride among those present for the prosperous Independent Neutral Motherland.
These show flights of military pilots were a kind of manifestation of the centuries-old glory of Akhal-Teke horses, praised for their outstanding qualities by such epithets as “heavenly” horses and winged “steeds”.
Akhal-Teke horses still play a big role in the life of the nation, only now their mission is to ennoble their wonderful harmony, bring a healthy, strong spirit, strive for perfection, affirm lofty ideals and strengthen the sense of pride in our beloved Motherland.