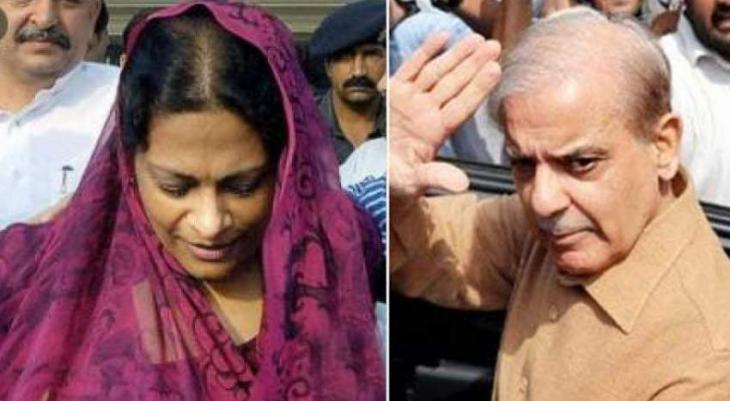 The court has putt off further hearing till Oct 18 and directed the NAB officials to produce the witnesses on the next date of hearing.

During the proceedings, Director General of NAB Lahore had submitted a report in the court through investigation officer on freezing the properties of Shehbaz Sharif’s wife Nusrat Shahbaz, daughter Rabia Imran and others.

However, the court approved an appeal of Shehbaz Sharif seeking exemption from the hearing and directed NAB officials to produce witnesses on the next date of hearing fixed as October 18.

Shehbaz Sharif, the PML-N Chief and Opposition Leader in National Assembly, had earlier declared all the money laundering allegations as baseless.

Daily Mail’s lawyer had confessed to not having enough evidence during the proceedings in British court, he added.

NAB prosecutor said that London’s verdict has nothing to do with this case.

PML-N president had also submitted an appreciation letter of Chinese ambassador in the court on which, NAB prosecutor raised objections.

Nusrat Shehbaz, the wife of Shehbaz Sharif, was declared earlier by the court as proclaimed offender in the same money laundering case as she did not turn up before the court despite repeated notices.

All the accused in the case pleaded not guilty. Shehbaz Sharif, while rejecting allegations of the anti-graft watchdog, said that he was being politically victimized.