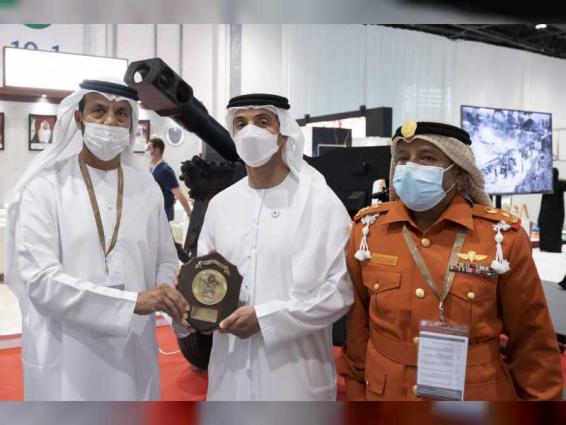 SUKHUMI (UrduPoint News / Sputnik – 04th October, 2021) Aslan Bzhaniya, the president of the breakaway republic of Abkhazia, had to cut short his visit to Moscow after two Abkhaz lawmakers opened fire in Sukhumi, his office said on Sunday.

Abkhaz lawmaker Garri Kokaya fired a pistol on Thursday near the restaurant where Bzhaniya and his South Ossetian counterpart, Anatoly Bibilov, celebrated the victory in the Abkhazia-Georgia war of 1992-1993 as well as the Abkhaz independence day. Kokaya resisted police officers who arrived at the scene. Later, lawmaker Almaskhan Ardzinba opened fire from an illegally acquired Kalashnikov automatic rifle near the internal ministry building.

“The head of state had to stop his working visit in light of the situation caused by the incident that took place in Sukhumi between September 30 and October 1,” the office said in a statement.

Meanwhile, the Abkhaz Interior Ministry told Sputnik that its head, Dmitry Dbar, had asked to be suspended pending the investigation.

Earlier in the day, the chairman of the Aruaa union of the 1992-1993 war veterans called for a protest outside the republic’s parliament over the incident, claiming that Dbar, his deputies, and police officers brutally beat veterans.