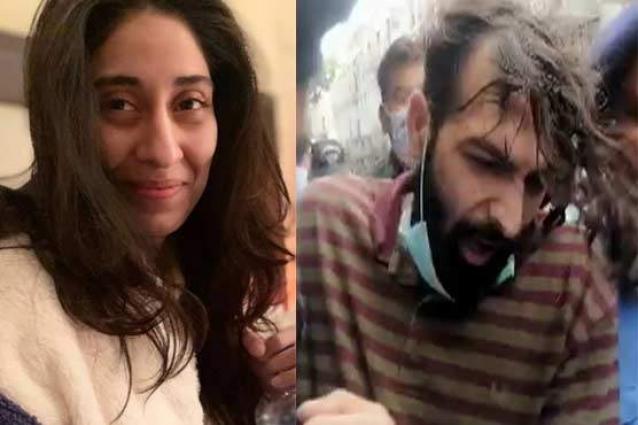 The suspects have filed appeal through Advocate Khawaja Haris challenging verdict of the IHC against the bail in Noor Mukaddam case.

ISLAMABAD: (UrduPoint/UrduPoint / Pakistan Point News-Oct 6th, 2021) The parents of Zahir Jaffer has approached the Supreme Court to challenge rejection of their bail by the Islamabad High Court (IHC) in Noor Mukaddam murder case.

Zakir Jaffer and his mother Asmat Adamjee filed the appeal through their counsel Khawaja Haris.

The petitioners said that whether not reporting the incident counted as aiding the crime. The petition also said that section 107 of Pakistan Penal Code was wrongly reviewed by the Islamabad High Court.

He said that the parents of Zahir Jaffer were unaware of his intentions and their bail cannot be dismissed merely on the basis of the statement of co-accused. The petition also questioned that delivering the verdict in two months goes against the rights of the suspects and was also against the transparent trial. The petitioners said that police investigation was also one-sided and lacked impartiality. They said that the defendants could not communicate properly with their lawyers, so they could not properly defend themselves in the case which they said was their right.

Last week, the IHC had turned down the bail pleas of Zakir Jaffer and Ismat Adamjee, the parents of main suspect Zahir Jaffer, in the Noor Mukadam murder case.

The IHC also ordered the trial court to complete the trial within eight weeks.

Zakir and Ismat had filed bail petitions in the Noor Mukadam murder case stating that they had nothing to do with Noor’s murder, while the police challan presented in court said that if Zahir’s parents had informed the police in time, Noor could have been saved.

Former ambassador Shaukat Ali Mukaddam lodged FIR against Zahir Jaffer, his parents and six other suspects in the case.