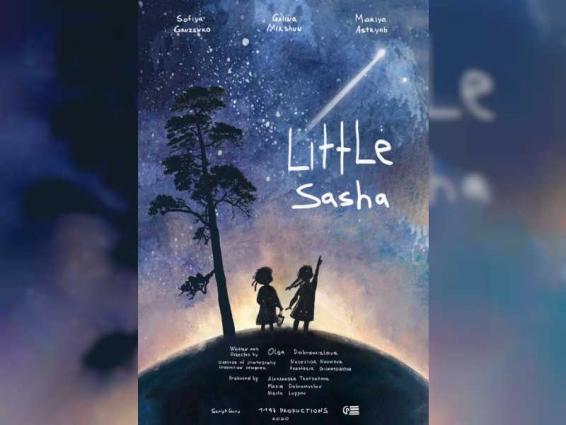 SHARJAH, (UrduPoint / Pakistan Point News / WAM – 07th Oct, 2021) Young movie buffs in the region and beyond are in for a true cinematic treat this year at the Sharjah International Film Festival for Children and Youth (SIFF).

Patrons will watch 48 exciting films across seven categories that will premiere exclusively at the eighth edition, unveiling on 10th October, 2021.

SIFF 2021 will be screening six films making their world premieres and four being screened for the first time for the UAE audiences. The festival will also be the launch pad for 34 films in the middle East and four in the Gulf Cooperation Council (GCC) circuit.

Organised by FUNN, Sharjah Media Arts for Youth and Children, in a fully online format this year, SIFF will be streaming more than 80 diverse films across six days. The films are free to watch and can be accessed by registering at: www.siff.ae.

World premieres for two UAE-made films and four others Two homegrown films, “Childhood Trauma” by the UAE-based Safa Azarayesh that compels us to connect the dots of childhood trauma with adulthood and is competing in the GCC Short Films category, and Sarah Al Ali’s “Don’t Give Up” that reinforces the need to persevere even when things seem difficult – headline the six films that will have their world premieres at SIFF 2021.

The other four include “The First Line”, in Russian by Kate Bugrova; the Arabic film “Opportunity” by Saudi Arabian Fahad Alotaibi, which narrates a game of life and death; the emotionally resonant Persian film, “Sweet Taste of Darkness” by Mitra Raeesmohammadi, and Kazakh film “Shoqan” that explores the reality of truth, and directed by Kuka.

A graduation project of Anatole Bournique, Maeva Chaulvet, Katia Hochstetter, Nicolas Jaffre, and Thais Mercier, students of the Goerges Melies School of Animation, France, the film narrates the story of a promising young boxer who is willing to do anything to finance the future of his little sister, a piano prodigy.

Award-winning “The Little Boat that Wanted to Fly” among the GCC premieres For the first time, the four films being shown in the GCC include the Russian animated film directed by Ekaterina Filippova, “The Little Boat that Wanted to Fly”. Winner of the Best Children’s Film Award at the 2020 World Festival of Animated Film (WFAF), it narrates a touching story about inclusion – a boat that does not fit in with others because it wants to fly.

The other films include “The Orphanage”, a captivating drama about an Afghan teen in trouble by Shahrbanoo Sadat; “In My Dream”, a Turkish tale of chasing dreams by Murat Ceri; and the Arabic film “Barcode” where commercialism and innocence intersect by Saudi Arabia’s Muhammad Alghamdi.

Journalist, writer, and filmmaker Mustafina’s short documentary shares the story of her five-year-old boy Ander, who suffers from a very rare dairy allergy. He is an active and joyful kid but he has to eat separately from his classmates at school and brings his own cake to parties due to his allergic conditions.

The other films include “Comfortable Position”, a film centred on the theme of dreams and sleep and made by a group of 8 to 12-year-old children from Uzbekistan, and “Al-Sit” by Suzannah Mirghani; and Saudi Arabian director Mohammed Atabani’s Block.