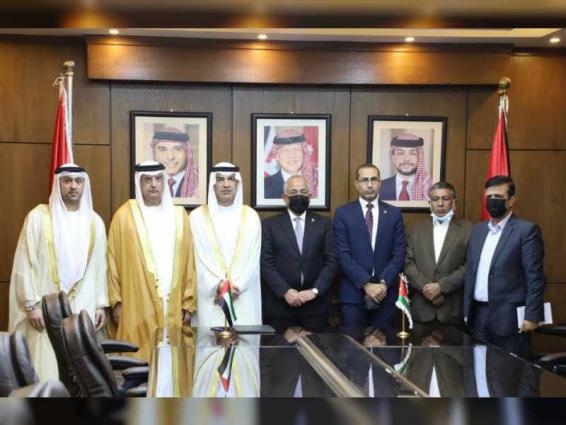 (UrduPoint / Pakistan Point News / WAM – 08th Oct, 2021) SHARJAH, 8th October, 2021 (WAM) – A Memorandum of Understanding was signed by the Sharjah Department of Culture (SDC) and Jordan’s Ministry of Culture at an official ceremony in Amman to enhance the role of Bait Al Sheir, which was inaugurated in the Mafraq Governorate back on 22nd July, 2015.

In this regard, Ali Al Ayed, Jordan Minister of Culture, received in his office in the capital, Amman, Abdullah Mohammed Al Owais, Chairman of SDC, Ahmed Ali Mohammed Al Balushi, Ambassador of the United Arab Emirates to Jordan, and Mohammed Ibrahim Al Qasir, Director of Cultural Affairs in the Department. The signing was also attended by officials from both sides.

Ali Al Ayed stressed the ministry’s keenness to continue cooperation with the SDC to implement activities, which resulted in many joint cultural activities, such as the Sharjah Narrative Forum, and celebrating the winners of the first Sharjah Award for Arab Creativity.

Al Owais affirmed that Bait Al Sheir was established to strengthen cultural cooperation between the Ministry of Culture in the Hashemite Kingdom of Jordan and the Sharjah Department of Culture.