Skip to content
تازہ ترین
And I don't care. They're great. Actually a good one We made a lifelong dream come true last week and bought a cabin in the woods. Planned Fossil Fuel Output Shatters 1.5C Climate Target: UN Currency Rate In Pakistan – Dollar, Euro, Pound, Riyal Rates On 20 October 2021 Beijing Rolls Out Covid-19 Booster Shots Ahead Of Olympics Today Gold Rate In Pakistan On, 20th October 2021 Just obtained my Ph.D degree in biology. Thank you 9gag for all these years and all the time off at night. And yes, girls exist Potato is sad US House Committee Advances Resolution Calling For Criminal Contempt Charge Against Bannon

Pakistan Urges UNHRC To Stand Up For People Of IIOJK

We can do it 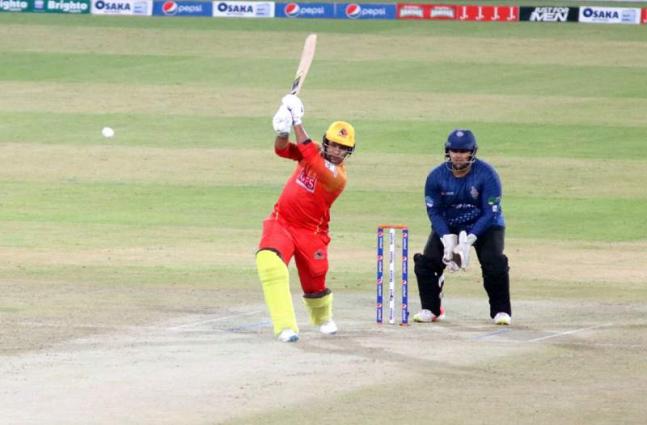 With four off the six sides with at least eight points, Southern Punjab, who have four from two wins, can go to a maximum of six points if they beat Khyber Pakhtunkhwa in their last group match on 10 October. Home City Central Punjab, Northern and now Sindh are locked at 10 points apiece, while Khyber Pakhtunkhwa have eight points. Balochistan have six points with three more matches to go.

Player of the match Sharjeel clubbed Southern Punjab bowlers all over the park, displaying wide-range of strokes, after Aamer Yamin, the Southern Punjab captain, elected to field. Sharjeel spanked as many as 13 fours and four sixes as he made almost 52 per cent of his side’s 196 runs.

The hallmark of Sharjeel’s innings was his fearless strokeplay. Sindh lost Ahsan Ali, Sharjeel’s opening partner, in the first over. That, however, seemed to have no impact on the southpaw, who pulled Aamer for a four facing his third ball.

He put 37 off 20 in the powerplay with Shan Masood, who contributed 22 off 15 (hitting four fours) before the latter was caught behind off Mohammad Imran on the first ball of the fifth over. The highlight of their alliance was the fourth over when Shan smashed Naseem Shah for three consecutive fours, before Sharjeel pulled the teenage right-arm pacer for a six over midwicket.

Sharjeel continued fireworks till his departure on the first ball of the last over, as pacers Naseem and Zia-ul-Haq, who went for 49 and 42 respectively, leaked 18 and 13 runs in the 18th and 19th overs.

He brought up his century, the fourth of his career and first for Sindh, with a flick that sailed over the square-leg boundary in the 19th over.

Southern Punjab’s run chase suffered a major blow in the first over when Zeeshan Ashraf handed Shan, stationed at cover, an easy catch off Sohail Khan in the first over. The first three overs brought only 12 runs for the chasing side, but Tayyab Tahir, with his three consecutive fours off Mir Hamza, breathed life in it in the fourth over.

The right-handed batter would hit two more fours before he was removed by Anwar Ali in the last powerplay over after scoring 32 off 23 (six fours).

From that point, Southern Punjab struggled to keep up with the required run-rate and lost wickets at regular intervals.

Mohammad Imran put up a fight with 29 off 20, but the match was done and dusted in the 17th over with Rumman Raees’ hat-trick which sent back Hassan Khan (run-a-ball seven), Aamer (27 off 18) and Naseem Shah (none off one).

Southern Punjab were all out for 151 with seven balls spare.

Rumman finished with three for 23, while Anwar Ali, Danish Aziz and Zahid Mahmood picked up two wickets each.

Beijing Rolls Out Covid-19 Booster Shots Ahead Of Olympics

US Federal Agents Looking Into Suspicious Package Amid Bomb Threat At Labor Dept. –…

Pakistan Urges UNHRC To Stand Up For People Of IIOJK

We can do it