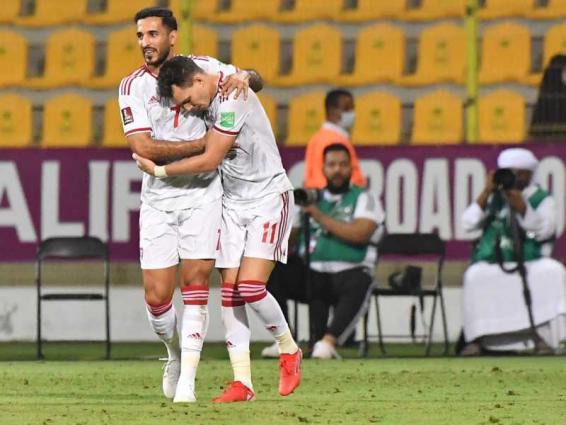 Caio Canedo fired the hosts ahead midway through the first half, but a Mohamad Al Attas own goal 16 minutes from time gave the visitors a foothold, and substitute Aymen Hussein sparked mass celebration among the Iraqis when he put them ahead in the 90th minute, only for Ali Mabkhout to snatch an equaliser in the fourth minute of added time, the Asian Football Confederation said in a report on the match.

It was a thrilling encounter, but the result does little to help either side’s hopes of direct qualification for FIFA World Cup Qatar 2022, with both UAE and Iraq sitting seven points behind group leaders Islamic Republic of Iran, and five adrift of second placed Korea Republic.

It may have been only the fourth of 10 Matchdays in the Final Round, but the nature of the group standings made it a game of significant importance for both sides, and it was the hosts who enjoyed the brighter start.

Abdullah Ramadan and Fabio Lima both got in behind the Iraqi defence in separate early attacks, but neither managed to get a shot away, an affliction which also affected Iraq’s Alaa Abdul Zarah, who was thwarted by rushing UAE goalkeeper Ali Khaseif after Beshar Resan unlocked their backline in the 33rd minute.