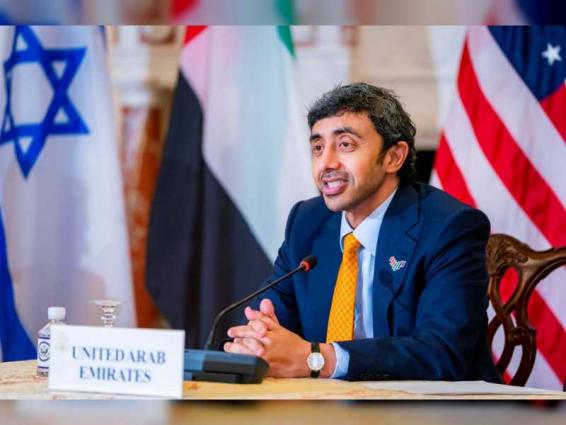 CHISINAU (UrduPoint News / Sputnik – 14th October, 2021) Moldova may not have a gas supply agreement with Russia‘s Gazprom after November 1, Moldovan Deputy Prime Minister Andrei Spinu, who is also the minister for infrastructure and regional development, said on Wednesday.

On October 1, the Russian energy giant extended the contract with Moldova for the supply of gas for a month. The gas price has surged to $790 per 1,000 cubic meters against Moldova‘s average purchase price in 2021 at $200 per 1,000 cubic meters. Negotiations on the conclusion of a long-term contract are ongoing. Earlier in the day, the Moldovan government declared an “alarm mode” over the situation in the country’s gas sector, which could be a prelude to a full-blown state of emergency.

The deputy prime minister noted that Moldova will hold online talks with Gazprom on Thursday to discuss the debt for the gas supplied to the self-proclaimed Transnistria until 2016 and the implementation of the European Union‘s Third Energy Package.

“I have asked Gazprom to increase delivery of gas in October. Unfortunately, we do not yet have a reply … there is a risk of having trouble with the electric power supply. It was decided to make (state-owned) company Energocom purchase gas on the Ukrainian and Romanian markets. Energocom is to start negotiating gas purchases for October or a longer period,” Spinu added.

The country’s gas distributor Moldovagaz started negotiating a three-year contract with Gazprom in the summer of 2020. Moldova is currently buying Russian gas under the 2008 agreement, which was due to expire at the end of September, but has been extended for another month.