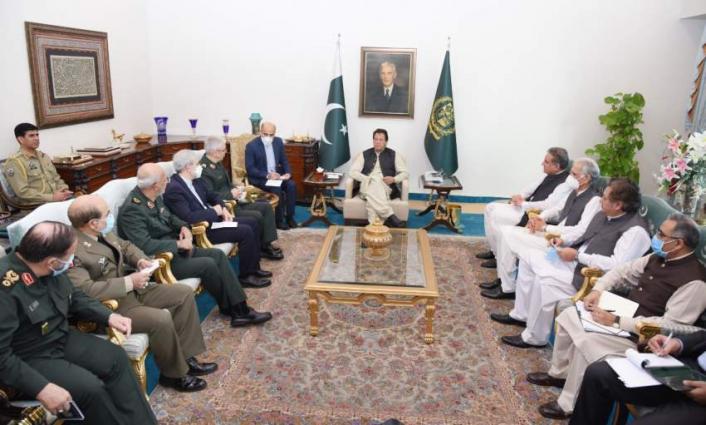 Chief of General Staff of the Armed Forces of Iran Major General Mohammad Bagheri called PM Imran Khan along with a delegation and discussed the matters of mutual interests.

Talking to the Chief of General Staff of the Armed Forces of Iran Major General Mohammad Bagheri in Islamabad, he said the two countries have direct stake in peace and stability in Afghanistan.

The Prime Minister said Pakistan wishes to see a peaceful and stable Afghanistan with sustainable economy and promoting connectivity.

The Prime Minister stressed the need for unfreezing of Afghanistan’s financial assets to help support the Afghan people at this critical juncture, especially before the onset of the winter.

The Prime Minister described the Pakistan-Iran border as a border of ‘peace and friendship’ and underlined the importance of steps taken for enhanced security on both sides.

He also noted agreement on the establishment of Border Sustenance Markets and stressed that the operationalization of these markets would facilitate livelihood in the region.

The Prime Minister appreciated Iran’s steadfast support on the Jammu and Kashmir dispute, especially by the Supreme Leader and said Kashmiris look forward to Iran’s strong voice in support of their just cause