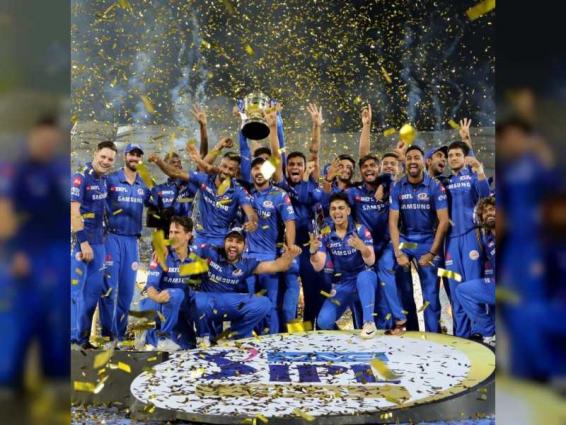 DUBAI, (UrduPoint / Pakistan Point News / WAM – 16th Oct, 2021) Dubai, the headquarters of the International Cricket Council, is all set to stage the finals of the 2021 ICC Men’s T20 World Cup. The seventh edition of the global tournament, being held for the first time in the middle East, reinforces Dubai’s rising status as one of the globe’s most prominent and safest destinations for international sporting events.

Dubai was chosen as the venue for the final of the 16-country tournament, featuring world cricket’s biggest stars, because of its exceptionally successful record of hosting multi-stage global tournaments. Furthermore, its comprehensive hospitality and health infrastructure as well as its ability to create the internationally benchmarked bio-secure bubbles necessary for the safe organisation of a tournament as extensive as the T20 Cricket World Cup made it the ideal venue for the event.

H.H. Sheikh Mansoor bin Mohammed bin Rashid Al Maktoum, Chairman of the Dubai Sports Council, said: “Dubai’s steady growth as a global sporting hub has been made possible by the strong support and vision of His Highness Sheikh Mohammed bin Rashid Al Maktoum, Vice President and Prime Minister of the UAE and Ruler of Dubai, and the extensive investments made in world-class infrastructure under His Highness’s directives. Encouraging international sporting activity and expanding the infrastructure in this sector, is a high priority of the leadership, and an integral part of the drive to transform Dubai into the world’s best city to live in and work.

“In addition to some of the globe’s best stadiums for various sports, Dubai is home to state-of-the-art coaching academies across disciplines, which are grooming the international stars of the future, all of which have made the emirate’s sports sector one of the fastest growing in the world.”

His Highness noted that the T20 Cricket World Cup is one of a series of mega sporting events that Dubai has provided a safe venue for, amidst the current exceptional global circumstances. The emirate’s ability to implement rigorous precautionary protocols and high vaccination rates have made it a preferred destination for international tournaments, he added.

Mattar Al Tayer, Vice Chairman of the Dubai Sports Council said: “The ICC Men’s T20 Cricket World Cup is the latest example of leading global sports bodies choosing Dubai as a venue for mega international tournaments due to the world-class infrastructure and health and safety standards it offers. The generous support and encouragement extended by Dubai’s leadership for the sports sector and the extensive infrastructure projects that have been implemented over the years have made Dubai a major destination on the international sporting landscape. Strategic initiatives undertaken in Dubai to develop all aspects of sporting excellence have further reinforced Dubai’s leading global position in the sporting field and enabled the sector to grow and thrive.”

“Furthermore, the emirate’s exceptional success in dealing with the pandemic and its ability to provide a protected environment for multi-stage international tournaments makes it one of the few destinations that the global sporting community has confidence in, amidst the current global circumstances. We are confident that Dubai will continue to be a preferred venue for major sporting events on the world stage,” he added.

Cricket fans from around the world are eagerly anticipating the second day of the Super 12 round of the ICC T20 World cup when traditional rivals India and Pakistan renew their cricketing rivalry in Dubai on 24 October. India vs Pakistan is one of the most exciting rivalries in sports, and with 90 per cent of cricket’s billion-plus fans coming from South Asia, the match at the Dubai International Cricket Stadium is the biggest talking point of the tournament. The first match between two countries in more than two years, the fixture is generating considerable interest among the more than 4 million people from India and Pakistan who call the UAE their home. Tickets for the India-Pakistan match were sold out in less than five hours. More than 2 billion viewers all over the world are expected to watch the contest on international channels.

The magnificent 25,000 seat Dubai International Cricket Stadium located in Dubai Sports City, the emirate’s state of the art sports complex, will also be the venue for the final of the Twenty20 World Cup on 14 November. Dubai is already a major hub for international cricket, being home to the headquarters of the International Cricket Council (ICC), the governing body of the sport, and the ICC academy, where emerging cricket stars are being mentored.

In 2021, with many sporting events being cancelled across the world due to the pandemic, Dubai emerged as one of the safest venues for global tournaments. The annual Dubai World Cup, organised by the Dubai Racing Club, was among the world’s top ten sporting events in the first quarter of 2021. Major events hosted by Dubai this year include 32nd Omega Desert Classic golf tournament, UAE Tour, the 2022 FIFA World Cup Qualifying rounds, the Dubai Duty Free Tennis Championships, the 6th Ironman 70.3 Dubai, the ASBC Asian Elite Men’s and Women‘s Boxing Championships 2021 and the PUBG mobile Global Championship. The qualifying rounds of the Australian Open tennis championship were held in Dubai, in addition to the Hankook 24H Dubai, and the prestigious Al Marmoom Ultramarathon. On 15 October, Dubai had hosted the final of the 2021 edition of the multi-billion Dollar Indian Premier League (IPL), the richest cricket tournament in the world.

Dubai’s prime location and exceptional infrastructure also made it a preferred location for international athletes to train ahead of the Tokyo 2020 Olympic Games. In the coming months, Dubai will also host more than 30 international sports events including the men’s and women’s Rugby World Cup qualifiers, the European Tour’s ‘Race to Dubai’ finale and the DP World Tour Championship.

Apart from hosting 130 international sports events, the city is home to over 400 academies, that offer expert coaching in all kinds of sports, and more than 100 public and private sports clubs. Since the beginning of 2021, Dubai has hosted over 70 training camps and friendly matches for international teams in different sports, including swimming, synchronised swimming, modern pentathlon, cycling, tennis, football, badminton, cricket, rugby, golf and more.

The contribution of the sporting sector to Dubai’s economy exceeds AED4 billion annually, according to recently released figures. Currently, more than 20,000 people are employed in the sector.