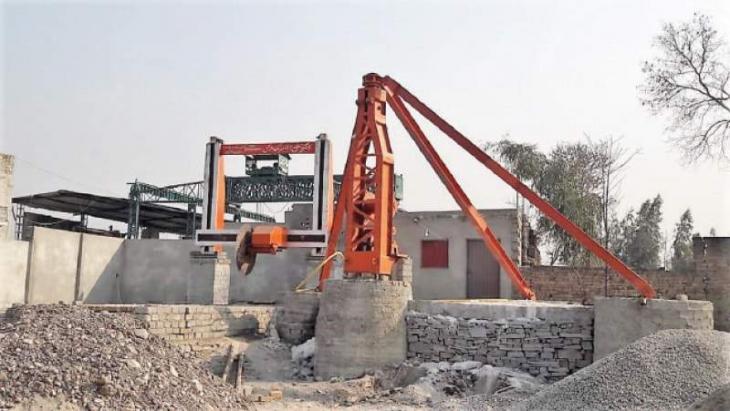 PESHAWAR, (UrduPoint / Pakistan Point News – 16th Oct, 2021 ) :Work over shifting of marble units from Peshawar and Shabqadar (Charsadda) to Mohmand Economic Zone is in progress while government is contemplating to extend support to owners in bearing transportation expenditure.

The decision for shifting of marble units to Mohmand Economic Zone was taken by Chief Minister Mahmood Khan during a meeting held on December 30, 2020.

This was stated by CEO KPEZDMC, Javed Khattak while apprising APP, he said that in this regard government had given the six months time to marble unit owners for shifting of their machineries to Mohmand Economic Zone.

He said, the decision had taken to overcome the issue of environmental pollution being created by marble industry in the provincial metropolis.

An action plan was prepared with consultation with owners of marble units and it was decided to give them six months time for implementation of the decision, CEO KPEZMDC continued.

A survey will also be conducted to evaluate expenditure over shifting of machinery by marble unit owners and government may extend them some financial support in this regard.

He said the marble units in Peshawar and Shabqadar would be accommodated in Mohmand Economic Zone by allotting them 184 plots of per acre each.

The government, he added, has decided to allot per acre plot to marble unit owners at a price of Rs. 10 million on easy installment basis.

The owner had to submit an amount of Rs. 3 million at the time of shifting and later the remaining amount would be paid in installments, he maintained.

Javed Khattak said that the price of per acre plot was very reasonable while keeping in view the construction cost of Mohmand Economic Zone whose boundary wall is constructed at an hefty amount of Rs.

700 million for making it bomb proof.

The official rate for allocation of per acre plot to other industries is decided as Rs. 15 million, nearly Rs. 5 million more than rate of marble industries, he disclosed.

Similarly, he continued, Mohmand district is a mountainous area therefore the infrastructure development cost is much more than routine construction expenditure.

Government has so far spent an amount of Rs. 1.4 billion on construction of Mohmand Economic Zone for making it as a state of the art facility for industrialists where all facilities including electricity, water, internet, sanitation and foolproof security are available round the clock.

Javed said he is in contact with owners of marble units and take every decision after taking them into confidence and obtaining their consent.

He said the price of one acre plot for marble unit owners is very suitable because industrialists who wanted to make set up there are getting such plot on much more rates.

Furthermore, he continued, on one acre of plot, two marble units can easily installed, thus reducing the expenditure on each owner by 50 percent to Rs. 5 million.

He also disclosed that government also plans to provide an amount of Rs. 20 million as grant in aid loan for mineral sector.

This will be an interest free loan and will be provided on priority basis to mineral sector industrial units.

It merits a mention here that there are around 400 marble units operating in Peshawar district which will now shift to Mohmand within a period of six months.