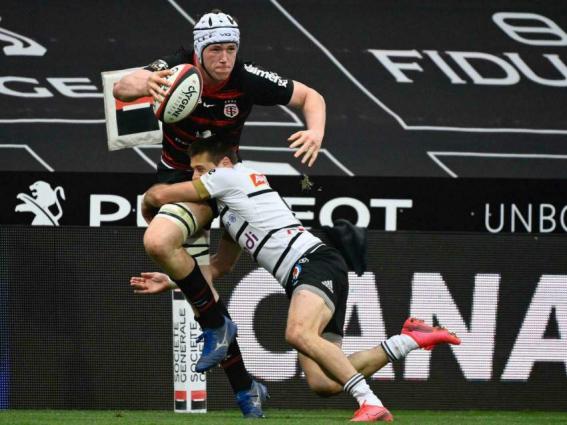 Galthie was able to pick a first-choice side after he was forced to take a second-string squad to Australia in July due to a clash with the Top 14 knock-out stages.

“It will be the first step for them, to put their hands up during training before facing Argentina and then we’ll see.” Paiva’s club team-mates in scrum-half Maxime Lucu and full-back Romain Buros as well as Racing 92 winger Donovan Taofifenua, Toulouse youngster Matthis Lebel and Clermont centre Tana Vili are the rookies among the backs.

Captain Charles Ollivon is missing due to a long-term knee injury with centre Gael Fickou, hooker Julian Marchand, scrum-half Antoine Dupont, No. 8 Gregory Alldritt as well as flanker Anthony Jelonch, who stood in during the Wallabies series, as the possible replacements.

The stand-in captain is expected to be named next week after Ollivon, who took over the role from Guilhem Guirado following the 2019 Rugby World Cup, announces it to the squad late on Sunday.

“Charles participated in the discussion with us since the question was asked due to his injury,” Galthie said.

“He spoke with the five players who we’ve identified as leaders, his allies, who have shown their worth over the last two years.” – Villiere, Le Roux concerns – Team manager Raphael Ibanez said France also had injury worries over winger Gabin Villiere (thigh) and South African-born lock Bernard Le Roux, who needs to have his eardrum assessed.

“Even if we hope they don’t, for them and us.” Second-choice scrum-half Baptiste Serin is absent, with a shoulder issue, as is tight-head prop Mohamed Haouas, who has a thigh problem.