Skip to content
تازہ ترین
It&rsquo;s a good idea. Today Gold Rate In Pakistan On, 30th November 2021 Divided Island: Five Things To Know About Cyprus England Can Do something Special Despite Disrupted Build-up – Root Also those who have pictures of themselves hanging on the walls of their homes Learning Englizhsch I am old…being old sucks… Best Value! Forza Horizon player banned for 8000 years after sharing this custom design. Unban date is set to 12/31/9999 Canadas Omicron Variant Case Count Rises To Five 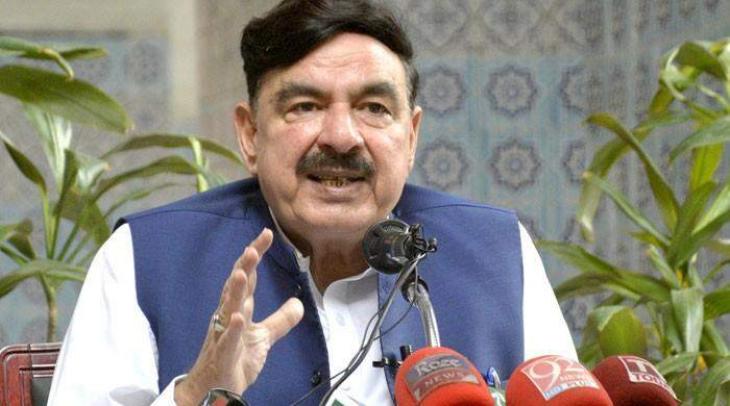 The Interior Minister has warned her that targeting the state institutions on the streets will have a long-lasting impact.

Sheikh Rashid has said that Maryam Nawaz has dug her own grave by making inappropriate comments about institutions.

He has expressed these worlds while addressing a press conference in Islamabad.

He has warned her that targeting the state institutions on the streets will have a long-lasting impact. The Interior Minister has also challenged the opposition alliance Pakistan Democratic Movement (PDM), saying that it is “a dead political elephant”.

“ The politics of “playing in ponds” is over,” says Sheikh Rashid, pointing out that opposition leaders to focus instead on bigger politics. He has also said that there is no doubt that the country is facing inflation. “I am not one of those ministers who give false hope,” he says, adding that Prime Minister Imran Khan has been trying hard to control price hike.

He has emphasized that the government will have to control inflation this year. He announced a 90-day amnesty for inmates at the country’s prisons on the occasion of Eid Miladun Nabi (SAW).

England Can Do something Special Despite Disrupted Build-up – Root