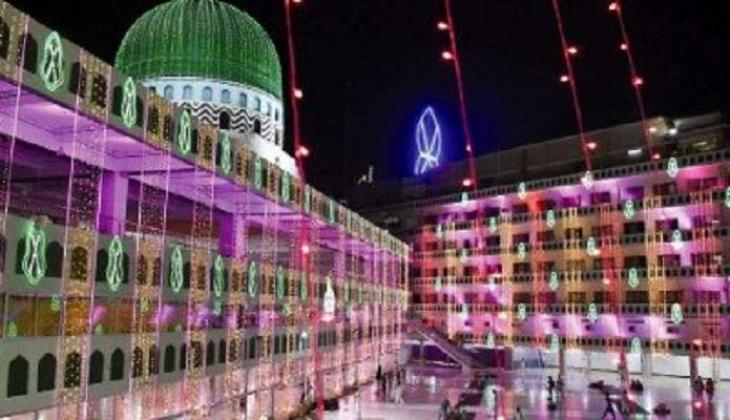 Rawalpindi District Police on Monday issued a comprehensive plan to ensure security on Eid Milad-un-Nabi (PBUH) to be celebrated on Oct 19, Tuesday

The police have devised foolproof security plan on the eve of Eid-Milad-un-Nabi (PBUH), a police spokesman said.

He informed that City Police Officer, Rawalpindi Muhammad Ahsan Younas had directed the SHOs to ensure law and order in their respective areas and make all-out efforts to provide security cover to the processions to be taken out at local level. Total 101 Eid Milad-un-Nabi processions to be taken out in Rawalpindi district on 12 Rabi-ul-Awal, he added.

Police would utilize all available resources to provide foolproof security to the processions on 12 Rabi ul Awal, he said.

The routes of main procession would be checked with the help of bomb disposal squad and special branch to avert any untoward incident.

He said the participants of the main processions would be monitored through drone cameras while nobody would be allowed to establish ‘Sabeels’ without prior permission of the management.

Specific entry point would also be made for devotees where the personnel of law enforcement agencies would allow them to join the main procession after thorough body search with metal detectors.

Walkthrough gates would also be installed at entry points, he added.

No one would be allowed to stand on rooftops along the procession routes, he said.