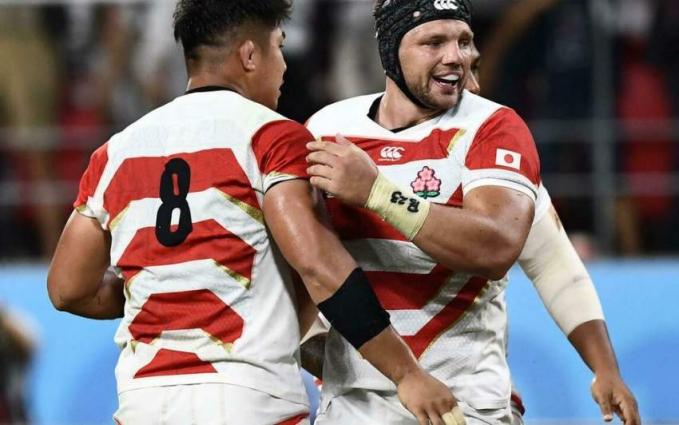 Flanker Ben Gunter was Thursday selected to make his Japan debut in place of former captain Michael Leitch, as the 2019 Rugby World Cup hosts take on Australia in Oita

Australia-raised Gunter comes in to partner new skipper Pieter Labuschagne and New Zealand-based Kazuki Himeno in the back row, with 70-cap Leitch dropping to the bench.

Japan head coach Jamie Joseph said he was looking for loose forwards with the skills to “play the game at speed”, and described Gunter as a player “with potential”.

“Being Australian and representing Japan, playing against his countrymen will be something special for him,” said Joseph.

But the coach also said Leitch will have an important role to play coming off the bench.

Rikiya Matsuda comes in to replace Yu Tamura at fly-half for Japan, who are playing only their third game since the World Cup two years ago.

The match in Oita will be their first at home since losing to South Africa in the World Cup quarter-finals.

Gunter is the only new cap in the starting line-up, but wing Siosaia Fifita, full-back Semisi Masirewa and lock Jack Cornelsen all made their debuts this year.

Japan lost to the British and Irish Lions and Ireland on a summer tour to Europe.

Labuschagne takes over from Leitch as captain, and Joseph said the South Africa-born flanker was already making an impression.

“He’s finding his way. I’m sure he’ll show by his performance the style of leader he will be,” said Joseph.