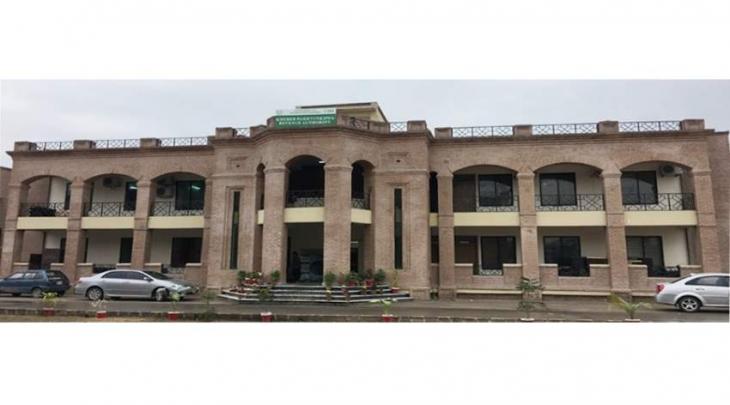 The orientation session was organized with the financial assistance of the German Agency for development GIZ wherein the participants of the session, mostly associated with beauty salons, were given presentations regarding sales tax on services by the officials of KPRA, said a press release issued here Thursday.

The participants were also given an on-spot demonstration regarding how to file monthly returns and how to pay their taxes through banks or other funds transfer channels.

They were introduced with Salon Invoice Monitoring System (SIMS) developed by the IT team of KPRA specifically for the beauty parlors.

The invoices generated through the system can be verified through the website of KPRA to make sure that the tax charged by a salon has reached the KP government or not.

The participants were given a demonstration of the system and they were told how to use it and take benefits from the features it offers.

The KPRA officials also told the participants that the rates of sales tax on services on beauty salons have already been reduced to merely 5 percent and it can further be reduced if the association of salons assures a hundred percent tax compliance with KPRA.

“In KPRA, we call the taxpayers as our stakeholders and we do our best to facilitate them,” said Fazal Amin Shah while highlighting the role of KPRA and its working.

He told the participants that female officers of KPRA will be designated to facilitate women entrepreneurs in matters relating to KPRA.

Speaking about the importance of the sales tax on services for the public Fazal Amin Shah said that the financial cost of the Sehat Insaf Card is Rs22 billion annually while the KPRA collected around Rs21 billion in the last financial year which means that the government will have enough money to spend on healthcare if people pay their sales tax on services.

“KPRA is contributing over 50 percent of the province’s own source revenue with its limited staff and we need your support to make sure 100 percent tax compliance to increase fiscal space for the government so that it can have enough resources to spend on public uplift schemes,” Director KPRA Abdul Haleem Khan said.

He added that KPRA values the participation of women entrepreneurs in the uplift of the province which is why it has been focusing on issues of women and it has kept female officers for the facilitation of female taxpayers.

“Our system is completely transparent and if you have any issues relating to KPRA just let us know. We will take care of it,” Abdul Haleem said adding that more such programs will be conducted for the education of the women entrepreneurs.

The former minister and former senior vice president of WCCI Asia Jahangir thanked GIZ and KPRA for arranging the event and said that such events should be arranged for the education of the female taxpayers.

President Women Chambers of Commerce and Industries Shahida Parveen lauded the efforts of GIZ and KPRA for arranging the orientation session and called for more such sessions to create awareness and overcome the gap between the government and the private sector.

“We understand the importance of taxes which is why we have kept it in prerequisites for salons to get KPRA registration before becoming members of Women Chambers of Commerce and Industries,” she said.