Skip to content
تازہ ترین
Buy snacks, I must. You think dinner is for free? US Naval Ships Whirwind, Squall Arrive At Karachi Port Russia Confirms 88,816 New COVID-19 Cases Over Past 24 Hours – Response Center Bizenjo Approves Recruitment On 5,210 Vacant Posts Golf lessons are important Dr Faisal Sultan Visits Mufti Mehmood Memorial Hospital I guess we can all be a bit hypocritical when we're at least amused by one of them. Give them bread and circuses and all that Syria Kurds Hunt Down IS Terrorists After Prison Attack Observance Of Indias Republic Day As Black Day A Silent Verdict Against Indian Rule: Speakers 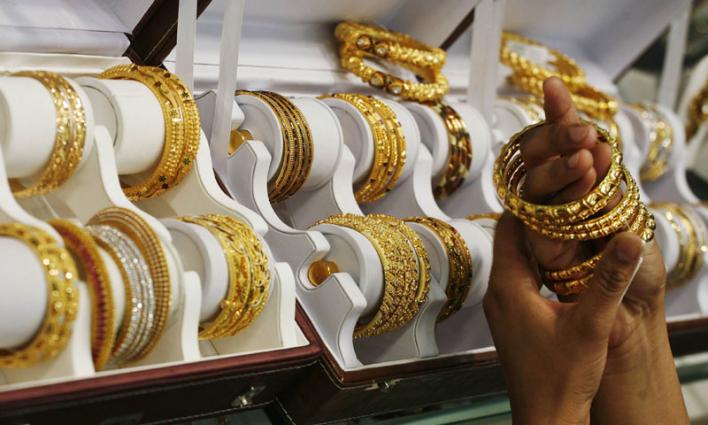 Santiago, (UrduPoint / Pakistan Point News – 22nd Oct, 2021 ) :Violent clashes between protesters and security forces on the streets of Chile this week could be playing into the hands of the far-right with a general election just one month away, experts say.

Some 15 million Chileans head to the polls on November 21 to elect a new president with four out of seven candidates vying for a place in the widely expected second round.

The big surprise has been the rise of far-right candidate Jose Antonio Kast, a fan of the late dictator Augusto Pinochet, who was neck-and-neck with leftist Gabriel Boric in a recent poll before a small drop.

And Monday’s anti-government protests that left two dead, 56 injured and 450 arrested have boosted Kast, who just a couple of months ago was polling fourth.

“Violence always benefits the candidate offering order and a restitution of the rule of law. In this case, it is Jose Antonio Kast,” Mauricio Morales, a political analyst at Talca university, told AFP.

“Sometimes fear is a greater mobilizer than hope. That’s why it is very important to keep in mind the context around these elections, especially regarding violent actions.” Kast’s popularity is bad news for Sebastian Sichel, a conservative candidate from outgoing President Sebastian Pinera’s ruling coalition.

Having polled over 20 percent only a month ago, Sichel, 44, dropped to 7.5 percent in a survey by Pulso Ciudadano this week.

In the meantime, 55-year-old Kast has risen from single digits to second place with 16.3 percent, ahead of 51-year-old Yasna Provoste, the only woman in the field, who has 13.1 percent.

Chile’s opposition-dominated Congress recently passed a measure allowing citizens to withdraw a portion of their pension funds to get through the coronavirus pandemic.

Sichel had spoken out against the measure and called it “terrible public policy,” yet when the measure was approved, he himself withdrew the maximum allowed 10 percent of his savings.

“All this is reducing his credibility,” Claudio Fuentes, an analyst at Diego Portales university, told local media.

The government‘s response to Monday’s violence seems to have backfired too.

Interior Ministry Undersecretary Juan Francisco Galli blamed the violence on Boric and Provoste, who had supported pardons for detainees that “looted, destroyed everything and threw Molotov cocktails” during the 2019 protests.

Boric fired back, saying that the government was “trying to take political advantage of acts of violence rather than fulfilling its role” of maintaining public order.

Provoste accused Galli of inventing “a weak excuse to try to save their presidential election” hopes.

The unrest certainly has not helped Sichel.

“Monday’s protests could sway voters, but it’s more probable that next week’s polls will indicate whether this has consolidated into a trend,” said Raul Elgueta, a professor of political science at the University of Santiago.

Boric, a 35-year-old lawmaker who only narrowly qualified as a candidate due to his age, is riding a wave of public support for a more progressive social system.

It sparked political change and led to the start of a process to re-write the Pinochet dictatorship-era constitution.

But the past two years been turbulent, with numerous protests, including a recent march in the capital for greater autonomy for the indigenous Mapuche people and demonstrations in the north of the country against Venezuelan migrants.

That instability is reflected in the polls, some of which have recorded up to 50 percent of undecided voters.

While the top four candidates hope to end up in the second round, Javier Couso, an academic at Diego Portales university, says one of them is clearly ahead of the rest.

“It seems clear to me that Boric will go to the second round, but I don’t discount it will be competitive between Provoste and Kast,” Couso told AFP.

What is clear is that Kast’s popularity is on the rise, especially since the anti-migrant protests on September 24 that were branded xenophobic by the United Nations.