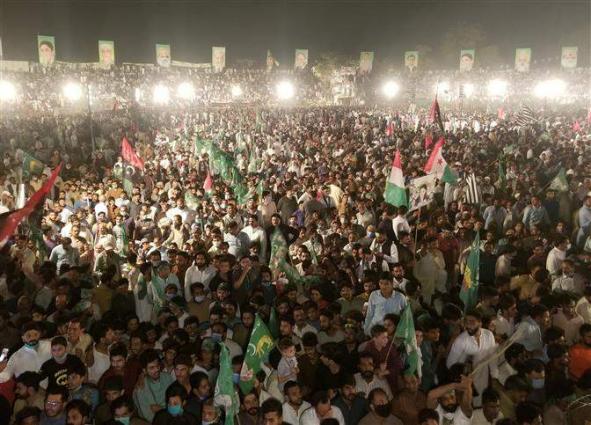 The PML-N, PPP and others have started protests against the government for sky-rocking inflation in the country.

The protestors took to the streets in Karachi, Larkana, Lahore, Sukkur, Mardan, Jacobabad, Ziarat, Mingora and other cities of the country following the protest call. A banned organization is also on its way to Islamabad. The latest reports suggest that the banned organization which is on long march reached Shahdra.

In Karachi, the demonstration started near the Empress Market area, due to which the surrounding roads had to be sealed.

In Mardan, protesters started gathering at the city’s Kachehri Chowk, while in Gilgit, members of PML-N, as well as JUI, participated in the protest rally at Ittihad Chowk.

Leader of the Opposition in the National Assembly and PML-N President Shahbaz Sharif appealed to the masses and asked them to join the protest against growing inflation in the country.

He maintained that giving more time to the government means that people of the country will have to face more troubles, more inflation, more unemployment.

PPP— led by Sindh Chief Minister Murad Ali Shah also protested against the rising inflation in the country. It was held in Karachi‘s Malir district.