Skip to content
تازہ ترین
Canadian Spy Agency Targets Foreign Hackers To Impose A Cost For Crimes – Spokesperson Israel Hit Latakia Port Area – Syrian State Television Biden Meets With European Allies About Russian Military Buildup Near Ukraine – White House Canada Consults With Allies On 2022 Winter Olympics In Beijing – Global Affairs Blinken, Zelenskyy Call For Peace In Donbas But Demand Ukraine Regains Crimea- State Dept. Boss Wins F**k with 8-5 job, I&rsquo;m opening my own cafe. Still in progress US Olympic Committee Says Appreciates Biden Support After Decision To Boycott Olympics A deer fought with another deer, and in doing so killed it. His antlers got stuck with his opponent, and now he carries his opponent's skull wherever he goes. PASGHETTI 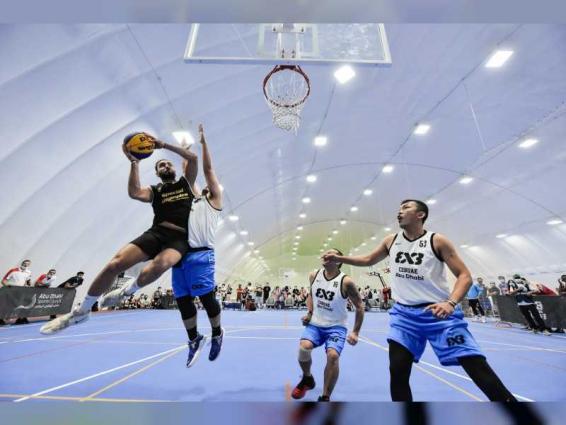 ABU DHABI, (UrduPoint / Pakistan Point News / WAM – 24th Oct, 2021) The world’s elite 3×3 basketball players are to descend on Abu Dhabi for the first time in five years this month, as the line-up of the FIBA 3×3 World Tour Abu Dhabi Masters 2021 has been confirmed.

World-class players from across the globe, comprising 14 teams, will battle for a place in the FIBA 3X3 World Tour final that takes place in Jeddah, Saudi Arabia in December.

The 14 teams also include Team Abu Dhabi, the winners of the UAE community event QUEST.

This once-in-a-lifetime opportunity saw 48 local teams compete for the prize of becoming Team Abu Dhabi, and securing a spot in the Masters event. After three intense QUEST weekends, over 150 matches and endless points, it was Game Time academy that will now become Team Abu Dhabi, ready to face the world’s best.

Team captain Mohamad Zaydan couldn’t hide his excitement, noting, “Firstly, I must say how awesome this event has been. We fought hard and we’re lucky to have won, as there was so much incredible competition.

With the World Tour just days away, residents from across the UAE are encouraged to not only come along and support Team Abu Dhabi, but witness a weekend of exceptional basketball and family entertainment.

From 14:00 on Friday 29th October, the Abu Dhabi Corniche will be brimming with live music, food trucks, dancers, dunkers, DJs and more.