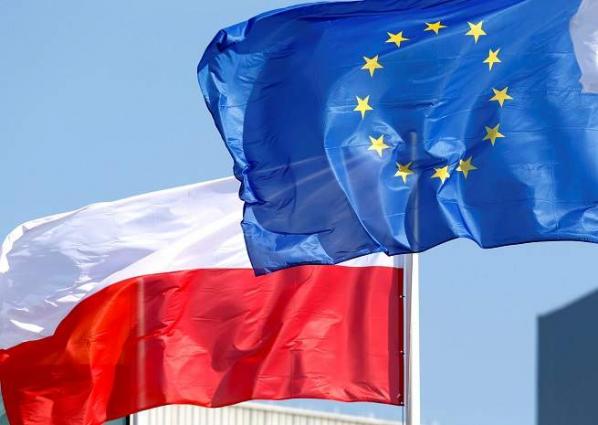 An organisation gathering the judiciaries of EU member states expelled a Polish judges’ body on Thursday, as a dispute over the rule of law deepens between Warsaw and Brussels

Vilnius, (APP – UrduPoint / Pakistan Point News – 28th Oct, 2021 ) :An organisation gathering the judiciaries of EU member states expelled a Polish judges’ body on Thursday, as a dispute over the rule of law deepens between Warsaw and Brussels.

Poland’s National Council of the Judiciary (KRS), which nominates judges, was kicked out for not being sufficiently independent from political authorities, said Filippo Donati, President of the European Network of Councils of the Judiciary (ENCJ).

“This was a decision to defend the values of ENCJ and values on which each judicial council must be founded,” Donati told reporters after the vote in Vilnius, Lithuania.

“Councils for the judiciary must be independent of the executive and the legislator and defend the judiciary and the judges when they are under attack,” he added.

The move comes after EU Court of Justice noted in March that after a 2019 amendment to Polish law, “it became impossible to lodge appeals against decisions of the KRS” concerning judicial appointments.

Poland’s representatives did not attend Thursday’s meeting of the ENCJ in Lithuania‘s capital Vilnius.

There had been “no improvements” at the Polish National Council of the Judiciary since its ENCJ membership was suspended back in 2018, Donati said.

“In fact, the situation further deteriorated,” he added.

Aside from uniting the national judicial bodies of the EU members, the ENCJ acts as an advisory body to the bloc’s institutions.

Reacting to the expulsion, KRS chairman Pawel Styrna told local media that the “council will not succumb to any pressure, also from international bodies.” Warsaw and Brussels have been at loggerheads for years over disputed judicial reforms pushed through by the nationalist Law and Justice (PiS) government.

Brussels believes the reforms hamper democratic freedom, but Poland says they are needed to root out corruption among judges.

Poland’s Constitutional Court earlier this month ruled that parts of EU law were incompatible with the Polish Constitution in a decision denounced by Brussels.

In a fresh ruling this week, EU’s top court ordered Warsaw to pay one million Euros a day for not suspending a controversial “disciplinary chamber” for judges created under PiS reforms.

Some fear that the bitter standoff with Brussels over judicial independence and the primacy of EU law has put Poland‘s membership of the bloc in question.

US Looking To Boost Ukraines Economy Along With Security – Blinken