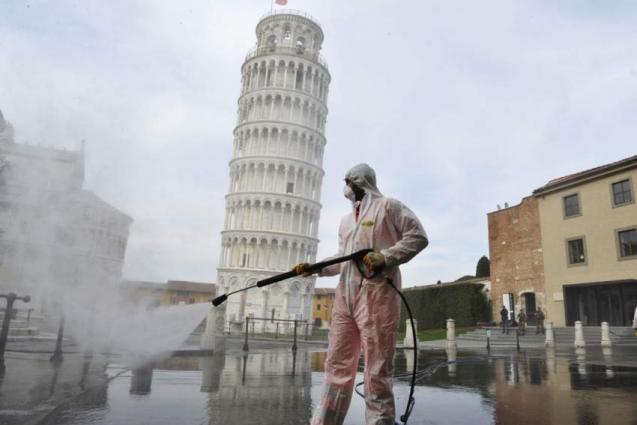 On an annual basis, GDP in the eurozone’s third largest economy was up by 3.8 percent, national statistics agency Istat said in a first estimate that could be later revised.

In common with the rest of the eurozone, Istat also reported a surge in year-on-year inflation.

In October, Italian prices rose by 2.7 percent on an annual basis. That compared to 2.5 percent in the previous months and a drop of 0.3 percent in October 2020.

Italy is rebounding strongly after a devastating recession in 2020, brought about by coronavirus, which saw output slump by 8.9 percent.

The agency noted that on current trends, Italy is set to achieve full-year GDP growth of more than six percent in 2021 — an estimate that tallies with other bullish forecasts.

According to Renato Brunetta, minister for public administration, the economy could continue to outperform in 2022, with growth “above five percent”, beating the current government target of 4.7 percent.

Prime Minister Mario Draghi’s government is hoping to provide added stimulus to the economy with an expansionary budget for next year, unveiled late Thursday after its cabinet adoption.

Italy also stands to benefit as the main beneficiary of the EU’s massive coronavirus recovery fund, with 191.5 billion euros in loans and grants set to come from Brussels over the 2021-2026 period.