Skip to content
تازہ ترین
You think dinner is for free? US Naval Ships Whirwind, Squall Arrive At Karachi Port Russia Confirms 88,816 New COVID-19 Cases Over Past 24 Hours – Response Center Golf lessons are important Dr Faisal Sultan Visits Mufti Mehmood Memorial Hospital I guess we can all be a bit hypocritical when we're at least amused by one of them. Give them bread and circuses and all that Syria Kurds Hunt Down IS Terrorists After Prison Attack Observance Of Indias Republic Day As Black Day A Silent Verdict Against Indian Rule: Speakers Bruh what Collection Of Signatures For Revocation Of Maduros Presidential Mandate Ends In Venezuela 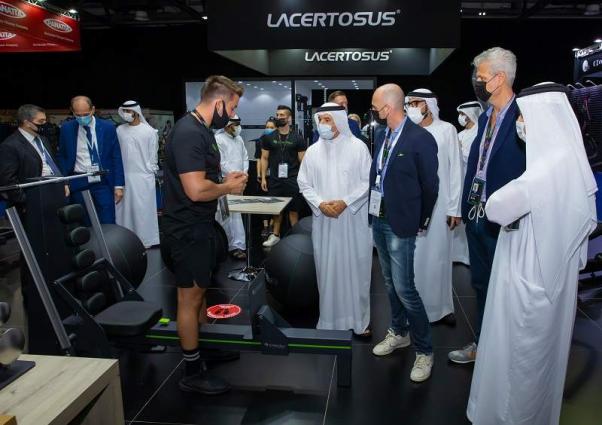 Organised in collaboration with Dubai Sports Council, the event showcases 250 exhibitors from 25 countries, as well as over 600 athletes, and health and fitness influencers from around the globe

Dubai (UrduPoint / Pakistan Point News – 29th Oct, 2021) The Middle East’s leading international fitness and bodybuilding event, Dubai Muscle Show, is back with a bigger and better offering than ever before.

Held in collaboration with Dubai Sports Council from October 28-30 at Dubai World Trade Centre, the show unites some of the biggest names in bodybuilding and exhibits leading health and fitness products, including brand-new products by legendary UFC Lightweight Champion, Khabib Nurmagomedov, that include PH TOP by Khabib Alkaline Water and FiTROO by Khabib Protein bars.

The hugely popular Dubai Muscle Classic returns to this year’s Dubai Muscle Show, with a range of categories to compete in and a cash prize of AED 75,000 up for grabs. Dubai Muscle Classic has also teamed up with IFFB Pro Elite to award 18 winners with Pro Cards, as well as gym, nutrition and clothing sponsorship deals for the overall winners.

Dubai Muscle Show will also host three days of Strongman competitions, as well as the Team Nogueira Future Champions, which will see fighters competing in boxing, Muay Thai and MMA.

Guests will also be able to explore the exhibition area over the three days which will be packed full of everything to do with the exciting bodybuilding industry as it welcomes leading brands such as Platinum Sponsors Life Pharmacy and Muscle Core Nutrition, Gold Sponsors Bang Energy and Panatta, Silver Sponsor Applied Nutrition, Squat Wolf, Fitness Authority Nutrition, Ronnie Coleman Signature Series, Olimp Sport Nutrition andGenetic Nutrition.