Skip to content
تازہ ترین
NYE me Farrukh Congratulates Babar Azam On Winning ICC Award Kevin the Devourer, Herald if the Empress of Gluttony. Bismah Maroof To Lead The National Women Cricket Team Ukrainian Forces Preparing For Attack – Self-Proclaimed Donbas Republic South Korea Presidential Candidates Wife Threatens To Jail Critical Reporters It may not seem like a lot. But it is to me. Tempers Rise As Tetchy Medvedev Reaches Melbourne Quarter-finals Another ruined franchise Beijing Warns Of Heavy Air Pollution During Winter Olympics 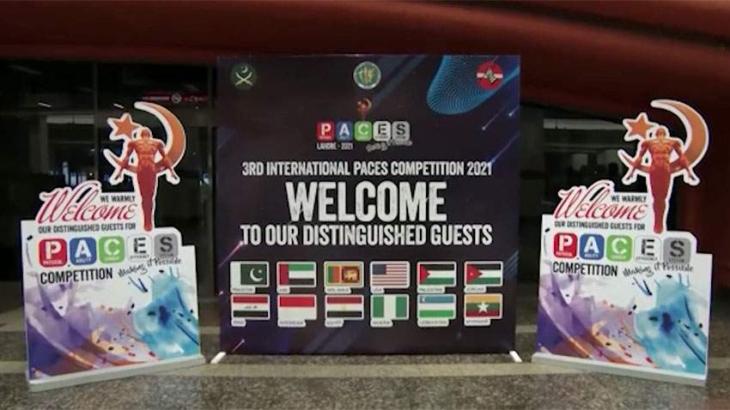 According to ISPR, contingents from six countries comprising 107 military personnel including Iraq, Jordan, Palestine, Sri Lanka, Uzbekistan and UAE will take part in the mega event whereas Myanmar, Indonesia and Egypt will be participating as observers. Nine teams from Pakistan Army comprising 121 players will also participate.

Four international teams have already arrived at Lahore including Jordan, Palestine, Sri Lanka and UAE while remaining two teams from Uzbekistan and Iraq are likely to reach by 31 October 2021.

The event will showcase Pakistan as a peaceful and sports loving nation and will project the true face of our country.

It is pertinent to mention here that 1st and 2nd International PACES competitions were organized in 2016 and 2018 in Lahore.