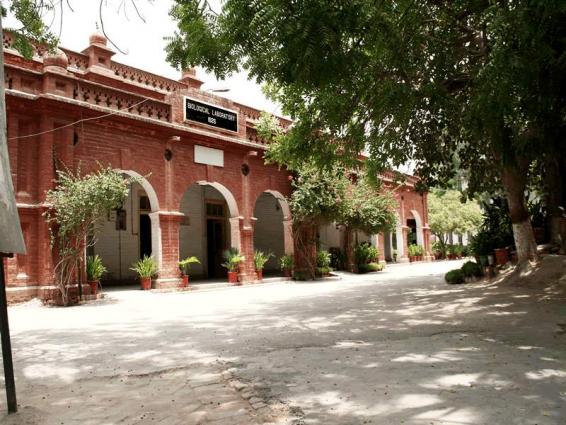 Exactly eight Doctors of Philosophy (PhDs) were conferred degrees for the first time since the university was established in 2012 which includes: Dr Saida Bashir, Dr Sana Raiz, Dr Nazia Suleman, Dr Fatma Ali, Dr Hira Ali, Dr Uzma Siddiq, Dr Sonia Iqbal and Dr Mamoona Yaseen. It merits mentioning here that most of them qualified PhD in English.As many as 64 graduates were decorated with gold medals during the convocation.

FBR Commissioner Taxes, Zahida Sarfaraz was the chief guest on the occasion.

Addressing the ceremony, Zahida Sarfaraz congratulated the graduates, parents and faculty members and wished them all the best for future pursuits.

She stated that government had focused education specially women education because no society could progress without seeking knowledge.

“Knowledge is our lost treasure. We must seek it.” she stressed and advised the students to benefit themselves with state-of-the-art facilities of education available to them in the country.

The Commissioner asked them to enlighten the society with the knowledge they have adding that prosperous Pakistan is the destination for each one of us.

Terming China-Pakistan Economic Corridor (CPEC) a great project, Zahida noted that it was heading forward despite number of challenges.

” China and Turkey are two of our fast friends. Both countries are investing in different projects in our country,” she maintained and added that peace was vital for economic stability of a country and our armed forces and other law enforcement agencies have defeated nefarious designs of the terrorists. Pakistan‘s efforts in this connection have globally acknowledged.

Earlier, in her progress report, WUM VC, Dr Uzma Quraishi shed light on the achievements the varsity has made so far under her command adding that the HEC had declared varsity LMS international level system.

She informed that they had successfully experimented smart class room culture during global pandemic and added that Punjab government had released Rs 200 million for various projects of the varsity which would be utilized for constructing new blocks and laboratories.

Later souvenirs were presented to SSP Patrolling Police Huma Naseeb and Navera who are alumni.