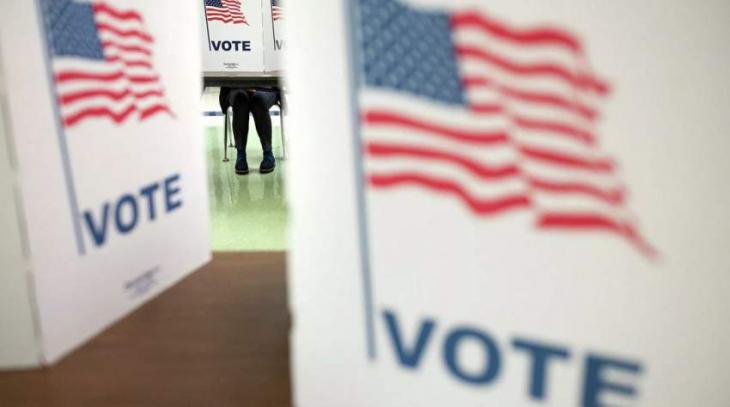 Democrats lost control of the governorship and both legislative chambers in the US state of Virginia because of the focus on irrelevant wedge issues in a setback that will hurt public perception of President Joe Biden, political analysts told Sputnik

WASHINGTON (UrduPoint News / Sputnik – 04th November, 2021) Democrats lost control of the governorship and both legislative chambers in the US state of Virginia because of the focus on irrelevant wedge issues in a setback that will hurt public perception of President Joe Biden, political analysts told Sputnik.

The governor race in Virginia held on Tuesday was one of the most watched with many feeling it could serve as a referendum on Biden’s performance to date, and could set the tone for next year’s midterm elections.

Earlier this year, former President Donald Trump publicly endorsed Youngkin while Biden was campaigning hard on behalf of McAuliffe just days and weeks in the run up to Tuesday’s vote.

Although only a few states went to the polls to choose new governors and state legislatures, some experts say the patterns of voting clearly bode ill for both the Democrats overall and especially Biden.

“On the larger scale, it shows how disillusioned the general public is with Joe Biden,” Trend Research Institute Director Gerald Celente told Sputnik.

The setbacks, Celente added, will also make it more difficult for Democrats and the administration to push through their agenda.

New York City-based political commentator Jillian Jonas agreed that the outcome of the governor‘s races, especially in Virginia, would prove damaging to the president less than a year into his first term.

“It has hurt the perception of Biden,” Jonas said.

Moreover, McAuliffe was a Democratic Party insider and intimate of former president Bill Clinton and his wife, former secretary of state and failed 2016 Democratic candidate Hillary Clinton, Jonas pointed out.

Those well-known associations and McAuliffe’s lucrative ties to huge mega-corporations damaged him with independent voters and helped mobilize the Republican base against him, Jonas explained.

“Corporatist Terry McAuliffe was never a strong candidate, even for a more moderate state like Virginia,” Jonas added.

University of Houston Professor of African-American History Gerald Horne found the election outcome in Virginia troubling given a key subtext of the race was Republican efforts to discredit initiatives to reduce or end racism.

“Worrisome results especially in Virginia where Biden won by 10 points a year ago and a Republican running a proxy campaign against antiracism ‘Critical Race Theory’ – which is not taught in schools as he suggested – was able to prevail,” Horne said.

Celente said the Democrats have to get more coordinated with messaging among other things.

However, aside from wins and losses, there is a much deeper message the election itself sends, Celente said.

“The only lesson to learn is that two political mobs control America’s government and if you don’t have mega-corporate money and the media behind you when running for office, you lose,” Celente said.

Coronavirus: Govt Deliberates Over Shutting Down Schools For Children Under 12 Years Of Age