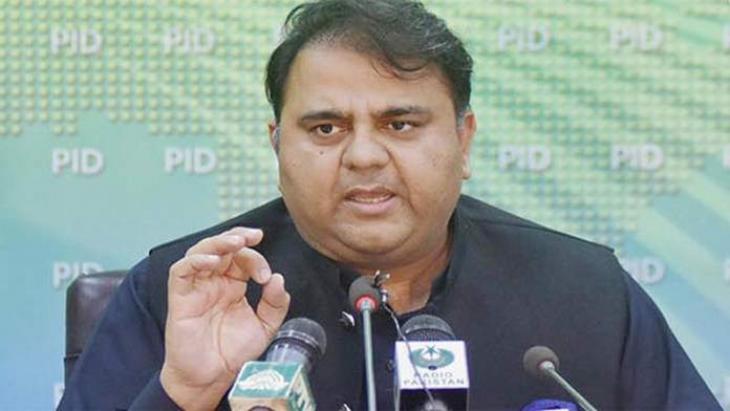 The Information Minister has asked the opposition to wait, saying that PTI will also form the next government as the opposition no program or leader.

Fawad Chaudhary said that talks with the TTP would be in line with the Constitution.

He expressed these views during a post-cabinet press conference in Islamabad on Tuesday.

The Information minister said that the state must talk from a position of strength with the militant outfit.

He said, “TTP is not an organisation, it has several groups and the talks with them could be successful only after they accept the constitution,”.

Chaudhary said that the state wanted to bring peace permanently in the country and it had gone to war to establish peace.

He stated that the people living in merged districts wanted peace as the new generation had a changed perspective after witnessing their fathers’ and grandfather’s lives which were spent in war.

“It is the state’s responsibility to bring peace,” he added.

He also stated that the peace was the ultimate goal of the government as it did not want instability in the areas where the TTP had a stronghold — and that “is what we are trying to do”.

“Agreement would be premature,” said Fawad Chaudhary, pointing out that the ceasefire will come into force first, after that they will analyse and see how could they take the talks forward.

He said that the acting foreign minister was all set to visit Pakistan on Thursday (November 11.

Fawad Chaudhary also talked about the opposition, asking them to wait for a year or two and then for the next five years.

“Opposition has no leader or program so they must wait,” the minister said.

“You cannot achieve everything that you want through conspiracies […] I would first suggest the Opposition to stand on its feet and stop hatching conspiracies,” he said.

The minister said that the government’s position was stable and in the next to three months the increasing inflation would also come down.

PDM, he said, took to the streets every year as holding anti-government protests were its activity during every winter.

Talking about petrol and gas prices, Fawad Chaudhary said that the prices of both gas and petrol increased all over the world.

US Looking To Boost Ukraines Economy Along With Security – Blinken