Skip to content
تازہ ترین
They are not even playing the same sport. Thailand Rushes To Contain Oil Spill After Undersea Leak Dubai Customs Celebrates International Customs Day Can you find out who's who in this riddle? Medvedev Says Direct Russia-Nato Clash Scenario Over Ukraine Would Be Most Catastrophic Covid-19 Claims 25 More Lives In Pakistan During Last 24 Hours Five Killed In Ukraine In Shooting By Serviceman Of National Guard – Interior Ministry Well done folks Chiles Upper House Extends State Of Emergency In Southern Provinces Over High Crime Rate Take advantage of what you have 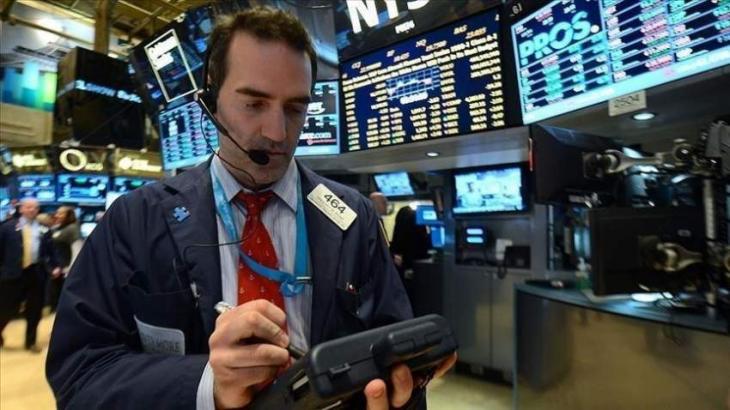 Negotiators are in Glasgow to work out how to keep the Paris Agreement goals of limiting warming to 1.5-2C within reach even as countries across the world are battered by ever-fiercer floods, droughts and storms linked to rising temperatures.

“There’s really no excuse because we know what is at stake here,” Johnson told reporters.

He said it was “very frustrating” to see signatories to the landmark 2015 accord “edging towards default now that vulnerable nations and future generations are demanding payment here and now”.

On the prospects of a deal with the summit to end Friday, Johnson said: “If we’re going to get there, we need a determined push to get us over the line.” Wednesday saw the release of draft text “decisions”, which were the first real indication of where nations are 10 days into deeply technical discussions.

It came after United Nations data showed promises made so far left the world far off track to limit heating to 1.5C: they instead put Earth on course to warm 2.7C this century.

The text, which is liable to change during ministerial debates, called for nations to “revisit and strengthen” their decarbonisation plans by next year, instead of 2025 as previously agreed.

The Paris accord contains a “ratchet” mechanism requiring countries to update emissions plans every five years.

But several large emitters missed the 2020 deadline for submitting new plans, known as nationally determined contributions (NDCs). Others handed in plans that were no more ambitious — or even less so — than their initial plans.

Vulnerable nations say that the next deadline, in 2025, is too distant to deliver essential short-term emissions cuts.

The text said that limiting heating to 1.5C “requires meaningful and effective action by all parties in this critical decade”.

“Rapid, deep and sustained reductions in global greenhouse gas emissions”, said the text, were needed to avert the worst impacts of heating.

In what observers said was a “significant first mention” of the fuels driving global warming, the draft summit called on countries to “accelerate the phasing out of coal and subsidies for fossil fuels”.

Previous climate summit decisions and the Paris Agreement itself do not so much as mention fossil fuels, focusing instead on emissions.

But the fossil fuel reference contained no deadline and several observers doubted it would make the final text. Several large emitters, including India, China and Saudi Arabia were said to oppose its inclusion.

– ‘Empty words’ – Climate scientists and environmental groups criticised the draft for failing to reflect the urgency of the crisis facing the planet.

“This draft deal is not a plan to solve the climate crisis, it’s an agreement that we’ll all cross our fingers and hope for the best,” said Greenpeace International Director Jennifer Morgan.

“It’s a polite request that countries maybe, possibly, do more next year.” Delegates came to Glasgow with a laundry list of disputes to be resolved, including over how vulnerable nations’ fight against rising temperatures is financed.

Rich emitters promised over a decade ago to provide $100 billion annually to help others green their grids and adapt to the changing climate.

But the draft text paid little attention to the figure, merely noting “with regret” that it had yet to materialise.

“With this text our leaders are failing us all,” said Teresa Anderson, climate policy coordinator at ActionAid International.

“These empty words are way off target to meet the scale of the enormous challenge facing humanity.” Simon Lewis, professor of Global Change Science at University College London, said the draft “acknowledges the enormous gulf” between current emissions plans and a 1.5C pathway.

But he told AFP that “if developed countries don’t deliver on their financial promises, the talks may fall into disarray”.

Wednesday saw some countries and manufacturers set a target to end the sale of new petrol and diesel cars by 2040, although the world‘s largest producers were not on this list.