Skip to content
تازہ ترین
Seoul Sees No Sign Of Restoration Of Punggye-ri Nuclear Site Tunnels – S.Korean Official Recently met this person with a large private collection of minerals and fossils and this is a dinosaur egg nest Roses are Red, Violets are Blue. No woman in bed, any ghosts will do. This is not a Caterpillar. Ayub Teaching Hospital Prepared To Tackle The Threat Of Omicron Variant: Dr. Alem Zeb Russias Penitentiary Service Seeks Real Prison Term For Navalnys Brother – Court Chinas President Xi Meets IOC President Thomas Bach In Beijing: State Media PDWP Approves Rs 4.705b Schemes Welcome to the jungle! Bought this brutal bicycle light so I can go mountain biking after work during the week, but I found out that I'm scared being alone in the woods at night 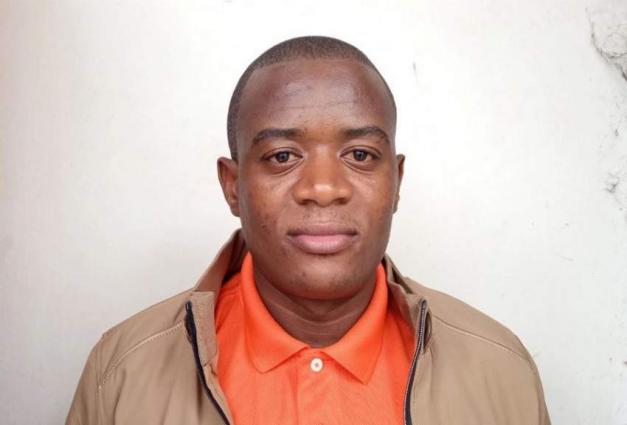 Kigali, (APP – UrduPoint / Pakistan Point News – 12th Nov, 2021 ) :A Rwandan dissident who used his YouTube channel to criticise the government has been sentenced to seven years in prison by a court in Kigali.

Dieudonne Niyonsenga is just the latest government critic with a YouTube audience to be jailed in the tightly controlled East African nation, ruled by the same leader for nearly three decades.

“We are appealing this verdict against Niyonsenga with immediate effect. It is simply not right,” his lawyer Gatera Gashabana said on Friday.

“The court finds that the crimes Niyonsenga is accused of were committed intentionally,” the judge said in delivering the verdict and a fine of five million Rwandan francs ($4,900).

“Due to the adverse consequences that his crimes have had on Rwandan society, the court orders that Dieudonne Niyonsenga be immediately arrested and taken to serve his jail sentence.” Niyonsenga was not present in court and shortly after the verdict the YouTube star said police had surrounded his home.

Police and prison officials have not confirmed whether Niyonsenga has been taken into custody.

Niyonsenga, better known by his YouTube persona Cyuma, which means “Iron”, was known for discussing human rights abuses on his channel.

In April 2020 he broadcast a series of videos accusing soldiers of serious abuses against slum dwellers during the enforcement of a strict coronavirus lockdown.

Shortly afterwards, he was arrested and charged with violating the lockdown and impersonating a journalist and sent to prison.

He was acquitted and released 11 months later but prosecutors appealed to a higher court.

His jailing comes weeks after another high-profile critic with a YouTube following was sent to prison.

Yvonne Idamange, a mother of four, was jailed for 15 years in October for inciting violence online.

Aimable Karasira, a university lecturer with a YouTube channel, was arrested in June and charged with genocide denial, a serious crime in Rwanda.

He had accused the Rwandan Patriotic Front, which has ruled the country since 1994 under its leader Paul Kagame, of trampling on human rights.

The crackdown on YouTube creators has had a chilling effect in Rwanda, where independent media has been quashed and other forms of free expression are strictly monitored by the government.

One other YouTuber with a popular following told AFP a government official warned them to stop “this YouTube nonsense or face the consequences”.