Skip to content
تازہ ترین
Me playing wow 16 years ago today. At Least 17 Killed In Fire At Night Club In Cameroons Capital – Reports Distt Admin To Launch Campaign Against Polythene Bags Any parent here who would like to explain why you act this way Maybe there is a universe… Gandapur Inaugurates Plantation Drive, Directs For Beautification Of Dera Township PQAs Net Profit Jumps Over Rs.19 Bln In FY2020-21: Zaidi Pope concerned Over Ukraine, Risk To European Security Cameroon Govt Says 16 Killed In Nightclub Fire Five Held With Narcotics – UrduPoint 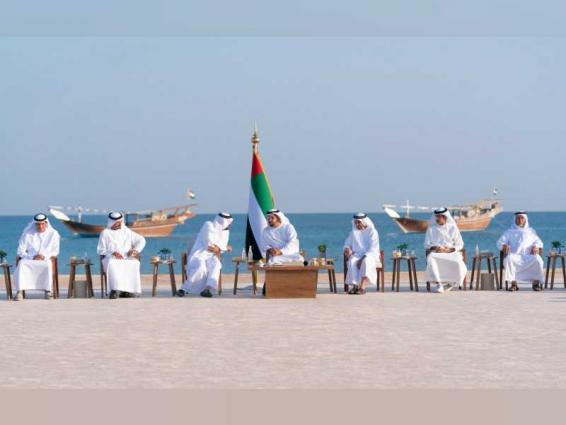 Sheikh Hamdan made the remarks as he visited Dalma Island, Al Dhafra Region, recently where he inspected the progress of several community service projects.

During the meeting, Sheikh Hamdan directed the establishment of a Majlis (assembly in Arabic) for the people of Dalma to contribute to strengthening social bonds between the people of the island in continuation of the values underpinned by late Sheikh Zayed bin Sultan Al Nahyan.

Sheikh Hamdan praised the efforts of the frontline heroes in the island for effectively contributing to protecting the UAE society during the Covid-19 pandemic.

The people of Dalma hailed Sheikh Hamdan’s visit as reflective of the strong bond between the UAE’s leadership and people, as well as the leadership’s keenness to fulfill their needs and aspirations.