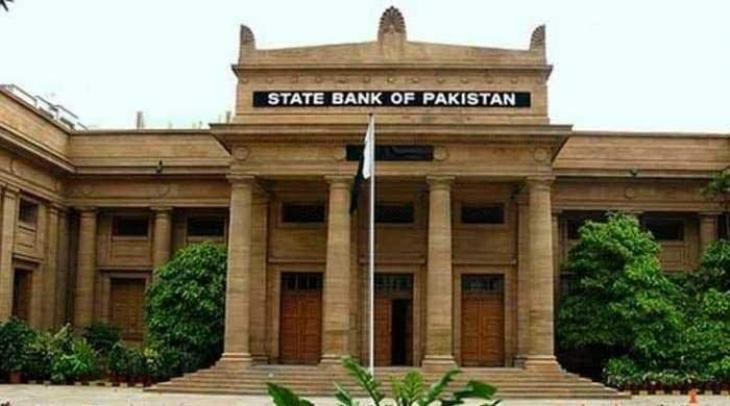 KARACHI: (UrduPoint/UrduPoint / Pakistan Point News-Nov 16, 2021) The Monetary Policy Committee (MPC) decided to raise the policy rate by 150 basis points to 8.75 percent in today’s meeting. This reflected the MPC’s views that since the last meeting, risks related to inflation and the balance of payments have increased while the outlook for growth has continued to improve.

The heightened risks related to inflation and balance of payments stem from both global and domestic factors. Across the world, price pressures from Covid-induced disruptions to supply chains and higher energy prices are proving to be larger and longer-lasting than previously anticipated. In response, central banks have generally begun to tighten monetary policy to keep inflation expectations anchored. In Pakistan too, high import prices have contributed to higher-than-expected CPI, SPI, and core inflation outturns. At the same time, there are also emerging signs of demand-side pressures on inflation and inflation expectations of businesses have risen on account of further upside risks from domestic administered prices. With respect to the balance of payments, the current account deficits in September and October have been larger than anticipated, reflecting both rising oil and commodity prices and buoyant domestic demand. The burden of adjusting to these external pressures has largely fallen on the rupee.

As a result of these developments, the balance of risks has shifted away from growth and toward inflation and the current account faster than expected. Accordingly, the MPC was of the view that there is now a need to proceed faster to normalize monetary policy to counter inflationary pressures and preserve stability with growth. Today’s rate increase is a material move in this direction. Looking ahead, the MPC re-iterated that the end goal of mildly positive real interest rates remains unchanged and, given today’s move, expects to take measured steps to that end. In reaching its decision, the MPC considered key trends and prospects in the real, external and fiscal sectors, and the resulting outlook for monetary conditions and inflation.

The economic recovery underway since the start of FY21 continues, as reflected in most high-frequency indicators of domestic demand―including automobile sales, POL (petroleum, oil and lubricants) sales, and electricity generation―as well as the strength of imports and tax revenues. Notwithstanding some moderation in September due to a high-base effect and some supply chain disruptions, LSM registered broad-based growth of 5.2 percent (yy) in Q1-FY22, led by production of consumer goods (both durable and nondurable), construction-allied, and export industries. In agriculture, production levels of all major Kharif crops except cotton are estimated to have reached all-time highs. Cotton production has also rebounded, with arrivals at ginneries growing by 80 percent as of 1st November compared to the same period last season.

Overall, the economic recovery appears increasingly durable and self-sustaining, against the backdrop of rapidly falling Covid cases and the government’s vigorous vaccination roll-out. Looking ahead, rising input costs and normalization of macroeconomic policies are likely to lead to some moderation in the growth of industrial activity. Nevertheless, this could be more than offset by the improved outlook for agriculture, such that risks to the growth forecast of 4-5 percent in FY22 are tilted to the upside.

4 billion in Q1-FY22. The deficit widened to $1.66 billion in October from $1.13 billion in September due to high energy prices and an uptick in services imports, despite some moderation in non-energy imports. There was also a moderate month-on-month decline in exports and remittances. The current account deficit for FY22 is expected to modestly exceed the previous forecast of 2-3 percent of GDP. While the market-based exchange rate has played its due role as a shock absorber, it has borne a considerable burden in terms of adjusting to the widening current account deficit. The rupee has depreciated by a further 3.4 percent since the last MPC meeting. The US Dollar also appreciated against most emerging market currencies since May as expectations of tapering by the Federal Reserve have been brought forward.

However, the fall in the value of the rupee since May has been comparatively large. As other adjustment tools normalize, including interest rates and fiscal policy, pressures on the rupee should abate.

The overall fiscal deficit improved to 0.8 percent of GDP in Q1-FY22 from 1 percent in the same period last year. This was driven by above-target growth in FBR tax revenues (38.3 percent (yy)) despite higher refunds and significant reduction in the sales tax rate on POL. However, non-tax revenue fell by 22.6 percent (yy) due to a sharp decline in petroleum development levy (PDL) collection. In addition, the Primary surplus was 28.6 percent lower than in Q1-FY21, due to a 33 percent (yy) growth in non-interest spending. Looking ahead, it will be important to achieve the fiscal consolidation planned in the budget to help restrain domestic demand. A higher-than-planned primary fiscal deficit would likely worsen the outlook for inflation and the current account, and would undermine the durability of the recovery.

Real money supply growth has accelerated in recent months to above trend levels. With the economic recovery on a sound footing, there is a need to pare back this growth as part of the broader move toward normalizing monetary conditions. The MPC noted that the recent increase in banks’ cash reserve requirements would help in this regard. Inflationary pressures have increased considerably since the last MPC meeting, with headline inflation rising from 8.4 percent (yy) in August to 9 percent in September and further to 9.2 percent in October, mainly driven by higher energy costs and a rise in core inflation. The momentum of inflation has also picked up significantly, with average mm inflation in the last two months at an elevated 2 percent and all subcomponents of the CPI basket showing an acceleration. Core inflation has also picked up in the last two months, rising to 6.7 percent (yy) in both urban and rural areas on the back of house rents, cloth and garments, medicines, footwear, and other components. In addition, inflation expectations of households remain elevated and those of businesses have risen sharply. Looking ahead, global commodity prices and potential further upward adjustments in administered prices of energy pose upside risks to the average inflation forecast of 7-9 percent in FY22. The MPC will continue to carefully monitor developments affecting medium-term prospects for inflation, financial stability and growth and stands ready to respond appropriately.