Skip to content
تازہ ترین
Corona time Camp To Select Blind Team For Home Series Against SA From Jan 31 Bizenjo Approves Recruitment On 5,210 Vacant Posts I'll have to fight Shaquille o Neil. There goes my billion dollars down in drain. By the power of Greymortadella! ED IRD For Inculcating Notions Of Fraternity Among Muslims Any Sanctions Against Russia Would Affect German Economy – German Economy Minister A very clever detail from the LotR films, that ties in beautifully with the Silmarillion & the general lore. Supreme Court Adjourns Hearing On Appeals Against Convictions In Shahzeb Murder Case High-Ranking Russian, South Korean Diplomats Discuss Norths Alleged Missile Launches 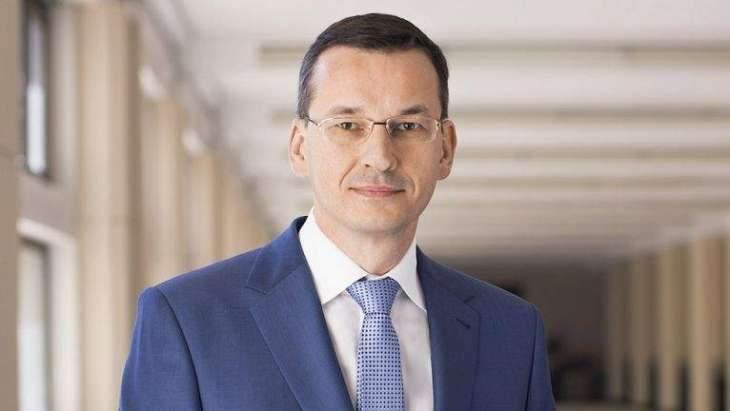 Polish Prime Minister Mateusz Morawiecki will set out on his European tour to discuss countermeasures to the “threat from the East,” Polish government spokesman Piotr Muller said on Saturday

“Mr. Prime Minister Mateusz Morawiecki has decided to pay a series of visits to the countries of the European Union in the near future. Tomorrow he will make first visits to Lithuania, Latvia and Estonia. Three meetings with the prime ministers of these countries will take place on Sunday to discuss the current situation and threats we face,” Muller told the press.

Morawiecki will continue with his European tour next week to discuss with other EU partners the current geopolitical situation and preventive steps “against potential actions that may be initiated from the East,” the spokesman added. He noted that the measures are expected to help the European Union and the Euro-Atlantic Union to prepare “for a potential threat from the East.

The alleged threats from the East that Warsaw wants to fight against, according to Muller, are cyberattacks, gas price and gas supply manipulation that have caused an energy crisis in Europe, and the ongoing migration crisis on the Belarusian-Polish border.

The spokesman further noted that Warsaw believes there is a high chance the threat will increase over the next few years given Russia‘s “new instrument for energy blackmail,” the launch of the Nord Stream 2 gas pipeline.

Relations between Russia and the West have continued to deteriorate over claims of Moscow‘s alleged military activeness near the borders with Ukraine, cyberattacks, the instigation of the migration crisis on the Polish-Belarusian border, and the facilitation of the energy crisis in Europe.

Russia has firmly denied all accusations, stressing that it has not threatened anyone, has fully cooperated on cybersecurity, and has consistently fulfilled its energy supply obligations to Europe.

ED IRD For Inculcating Notions Of Fraternity Among Muslims