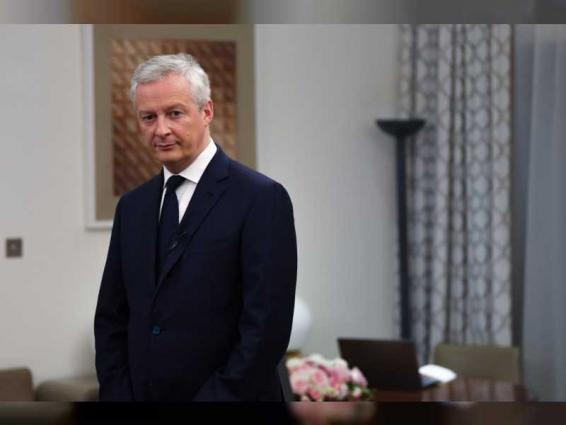 (UrduPoint / Pakistan Point News / WAM – 21st Nov, 2021) ABU DHABI, 21st Nov, 2021 (WAM) The relationship between France and the UAE is based on “friendship, truth, quest and willingness” to build the future, a French minister said on Sunday.

France has three sets of cooperation with the UAE, the minister said. “First is all strategic issues linked to our defence, the second is the cultural ties where we want to build these relations because we know how important they are for our people.”

“Economy is the core of our relationship,” he added.

“This is time now to reinforce our ties to give a new impetus to the economic cooperation between the two countries.

“I can confirm to you we will launch new projects on all types of energies especially renewable energy and hydrogen. We clearly want to be hand in hand in the fight against climate change.”

The UAE announced in October the UAE Net Zero by 2050 Strategic Initiative, a national drive to achieve net-zero emissions by 2050.

The UAE is the first country in the region to have this “very impressive and ambitious goal” against climate change, he said. “But it needs more investment in energy, more investment in renewable energy, and we also want to open a new strategic cooperation between our two countries on hydrogen.”

“We want to stand behind UAE to help them achieve the goal of zero-emission by 2050.”

France has decided to invest 9 billion Euros over the next years in hydrogen, because it “is one of the most promising technology in the fight against the climate change.”

Le Maire continued, “We want to share this cooperation with the UAE.”

Le Maire is on a two-day visit to the UAE to hold several high profile bilateral meetings with UAE officials aimed at strengthening the UAE-France economic partnership.

“We have a very strong economic recovery, and now it is time to invest in innovation, new technologies, the new supply chains, and that is why I am here in Abu Dhabi,” he said.

Mubadala Investment Company and Bpifrance, the French national investment bank, signed an agreement last year, where Mubadala is committing to the LAC I Fund, a multibillion fund managed by Bpifrance. The fund targets to raise 10 billion euros, which will be invested in approximately 15 listed companies taken from a large pool of French world-leading corporations over the next decade.

“We are very much satisfied with the cooperation in all financial topics. I feel there is room for developing this financial cooperation between the two countries,” he said.

“There is also willingness in France to accelerate the development of new tools like reusable launches and we want to have UAE on board,” Le Maire said.

Talking about the challenges to fight climate change, the Minister said, “The first is a technological challenge; how to get access to the highest level of new technologies to have green hydrogen, to have equaliser, which might help us to reduce these CO2 emissions in private companies, in the steel industry, cement industry.”

“We are also willing to develop cooperation between France and the UAE on these technologies,” he said.

“If you want to reach this zero CO2 emissions by 2050 then there is a need for accelerating investment in new technologies. We are thinking of renewable energies, like hydrogen, that will help us to reach together the same goal of having zero CO2 emissions.”

“The second one is the funding because we should never underestimate the price of climate change.

“The third challenge is the necessity to support poor people, people with the lowest income who are facing the climate condition,” he added.