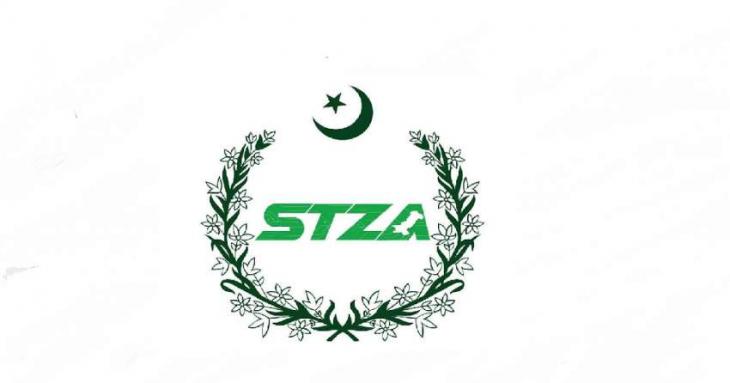 This was agreed during a meeting between Khyber Pakhtunkhwa Chief Minister Mahmood Khan and Chairman STZA, Amer Hashmi here the other day, said an official handout issued here on Wednesday.

Provincial Minister for Information Technology Atif Khan was also present on the occasion.

During the meeting various matters relating to provision of employment opportunities to youth through the promotion of Information Technology in the province came under discussion.

These Special Technology Zones aimed at empowering the youth by providing them maximum job opportunities.

Other venues of mutual cooperation and collaboration between the provincial government and STZA for the fast track promotion of modern technology with the aim to boost the economy of the province were also discussed and it was agreed to work together in this regard.

Chairman STZA lauded the initiatives taken by the provincial government for promoting Information and Communication Technology in the province.

Talking on the occasion, the chief minister said that the provincial government was taking result oriented steps to promote modern technology specially the Information & Communication Technology and to encourage private sector investment in the province.

He said that all the services and facilities were being provided to private sector investors under the one roof through one window operation facility adding that CM Business Portal was also being been launched to timely address the grievances of business community and investors.

The chief minister termed the establishment of Special Technology Zones as of vital importance of creating employment opportunities for the young lot of the province and said that the provincial government would extend all out support to this effect.