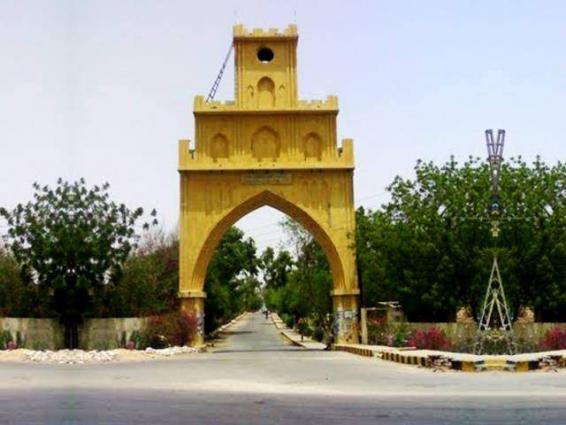 “The importance of the English language in today’s world cannot be denied and it can be used to eradicate the menace of poverty and terrorism from the society,” stated the Vice Chancellor of the varsity Prof. Dr. Muhammad Siddique Kalhoro while inaugurating the conference.

The conference was attended by English language experts, researchers and professors from different universities of the country including Lahore, Quetta, Islamabad, Jamshoro, Nawabshah and Karachi.

Besides, some scholars from Germany, Norway and Costa Rica also participated and presented their research online in the conference.

The Vice Chancellor said that holding of conferences was beneficial for students, scholars, and researchers equally and when it came to a national conference on English language and literature, it was uniformly valuable and significant for the scholars of every field.

He said that there were 35 faculty members in the Institute of English Language and Literature, out of which over 22 had earned their PhD degrees from the United Kingdom, USA and other countries.

He informed that as many as 250 scholars have been engaged in conducting their research in IELL alone, whose research topics had been approved and they were in the research phase in the fields of English language and literature. Besides this, many are doing their coursework in M.Phil and PhD”, he added.

He said that the government had asked all the universities to ensure maximum participation of students in positive academic and research activities. “That is why we volunteered our own students during the entrance test to ensure their participation in the academic process and help them build their confidence”, the Vice-Chancellor said and assured that recommendations of the conference will be sent to various teaching departments of the university as well as other universities and government of Sindh so that the same could be implemented in letter and spirit and the students of other Faculties could get benefit from them.

The Vice Chancellor said that the conference has equal importance to all fields after receiving research papers and thesis of the Faculty of Natural Sciences, Law, education, Commerce and business Administration and Social Sciences.

In his keynote speech, the Dean, Faculty of Social Sciences, Media Studies and Art and Design, Lahore College of Economics and the English Language Specialist Dr. Shahid Siddiqui said that a language was not only a means of communication, but also related to politics and power.

He said that the importance of language and literature must be understood. “We should all be proud of our local languages,” he said and added that more than 68 languages are being spoken in Pakistan, which required to be given due weight and significance.

He said that no language was small or big however the lingoes in Pakistan are not being given the required importance at the government level.

Dr. Siddiqui said that the literature created in any language was not just for entertainment and amusement but it had a profound effect on politics and power even more than language. There are 68 languages in Pakistan and all of them including urdu needed to be promoted, in which the role of the government is important, he emphasized.