Skip to content
تازہ ترین
Dubai Customs Celebrates International Customs Day Can you find out who's who in this riddle? Medvedev Says Direct Russia-Nato Clash Scenario Over Ukraine Would Be Most Catastrophic Covid-19 Claims 25 More Lives In Pakistan During Last 24 Hours Five Killed In Ukraine In Shooting By Serviceman Of National Guard – Interior Ministry Well done folks Chiles Upper House Extends State Of Emergency In Southern Provinces Over High Crime Rate Take advantage of what you have US Warns Of global Security Risks Of Russia Aggression In Ukraine: State Dept China Tells US That Russias Security Concerns should Be Taken Seriously 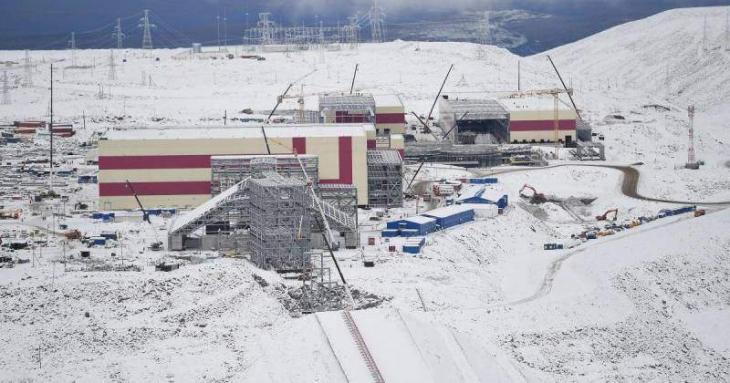 At least 11 miners and three rescuers died Thursday and dozens were missing following an accident that saw a Siberian coal mine filled with smoke, regional authorities said

Later in the day rescuers were forced to call off a search for the missing due to the threat of an explosion at the Listvyazhnaya mine.

The mine, near the town of Belovo in the Kemerovo mining region, filled with smoke in the early hours of Thursday with 285 people inside.

Most were able to evacuate, but 11 people died and another 35 were missing, said local governor Sergei Tsivilev.

“Thirty five people — we know their Names — are now underground, their location has not been established,” Tsivilev said in televised remarks.

“Eleven people have died,” he added.

Regional authorities said later Thursday that three rescue workers had died during the search operation and another three had gone missing.

“Three rescuers have been found dead, their bodies are being lifted to the surface,” a representative of the regional authorities told AFP.

The official, who asked not to be named, said it is unlikely that the missing 35 miners have survived.

Earlier in the day residents of the village of Gramoteino next to the mine gathered in snowfall and sub-zero temperatures outside the entrance to the facility, which was closed off with a boom gate, as ambulances passed in and out.

There was no panic but the crowd was tense and refused to speak to journalists.

“This is a great tragedy,” President Vladimir Putin said during talks with Serbian leader Aleksandar Vucic in Sochi.

“Unfortunately, the situation is not getting any easier. And even rescuers are in danger.” Local investigators said smoke spread across the mine at around 8:35 a.m. local time (0135 GMT) and that “a number of workers suffered smoke poisoning”.

The Investigative Committee, which probes major cases, opened a criminal probe into the possible violation of safety regulations that led to deaths.

– ‘High likelihood of explosion’ – Tsivilev said in a video on messaging app Telegram that there was “no communication” with the trapped miners and that a search mission had been launched.

He later said the operation had to be called off due to a dangerous concentration of methane in the mine and the “high likelihood of an explosion”.

“Work will resume as soon as the gas concentration decreases to a safe level,” Tsivilev said.

The governor declared a three-day mourning period in the region beginning Friday.

US Warns Of global Security Risks Of Russia Aggression In Ukraine: State Dept