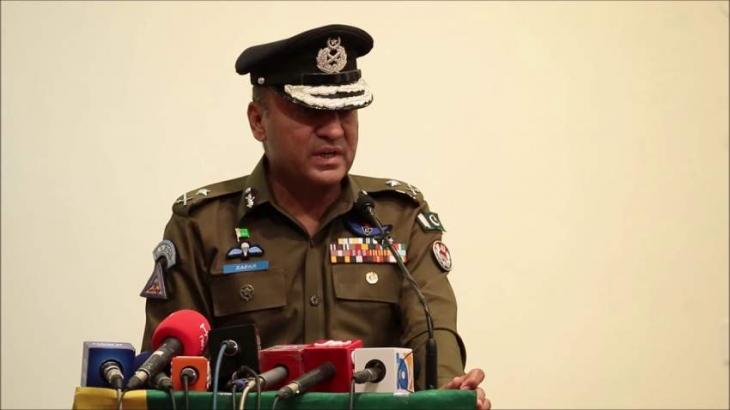 He said that it was need to look at owns to improve the police image instead of seeing towards masses.

He directed the police officials to judge their performance itself through self accountability and do justice. He on the occasion said” justice plays an important role in a society ,and police department was a source to implement law and order in the state.AIG met the police constables who were performing their duties kacha,pattan cahndea check posts and distributed fruit,food and sweets among them and appreciated the bravery and professionalism of police.” Zafar Iqbal said that police has always served masses during all testing times and also rendered sacrifices.

He said that more initiatives were required to come up to the expectations of masses.

Regional Police Officer (RPO)Dera Ghazi khan Waqas Nazir said that police should fulfill his duties to maintain the law and order across the division ,He said that Present government was utilizing its all possible resources for the welfare of a police man.

Police department including government was fully aware from cops problems.

Earlier, guard of honor was presented to AIG South Punjab upon his arrival at Police lines Rajanpurr while RPO Dera Ghazi khan welcomed the AIG.

Zafar Iqbal inspected under construction work in police lines,DPO Rajanpurr Muhammad Afzal briefed him about uplift work .DPO briefed that basic recreational and health facilities were being ensured in police lines to facilitate police men.Muhammad Afzal told AIG that residential rooms for policemen were underway and will be available for cops and officials in last week of December.

DPO ,also briefed about policemen problems to AIG and hoping that he would take steps to solve these problems.

DPO said that every police cop including a class four man was the assert of police and heroes as well ,He told AIG”We can never forget those police men who have sacrificed their lives in fighting against chotu gang in kachaa.”AIG expressed satisfaction on tight security arrangements across the district.