Skip to content
تازہ ترین
US Naval Ships Whirwind, Squall Arrive At Karachi Port Golf lessons are important Dr Faisal Sultan Visits Mufti Mehmood Memorial Hospital I guess we can all be a bit hypocritical when we're at least amused by one of them. Give them bread and circuses and all that Syria Kurds Hunt Down IS Terrorists After Prison Attack Observance Of Indias Republic Day As Black Day A Silent Verdict Against Indian Rule: Speakers Bruh what Collection Of Signatures For Revocation Of Maduros Presidential Mandate Ends In Venezuela Thanks brain, you the best! World is soo unfair, my hanging balls're also not helping at all 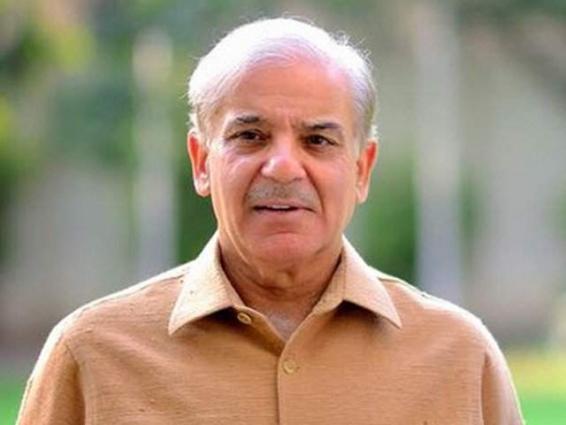 The PML-N President has written a letter to CEC for action against all those who were involved in rigging the by-polls.

LAHORE: (UrduPoint/UrduPoint / Pakistan Point News-Nov 27th, 2021) PML-N President and Opposition Leader in the National Assembly Shehbaz Sharif wrote a letter to the Chief Election Commissioner and asked him to take action against all characters involved in disappearance of about 20 presiding officers of Daska by-polls.

Shehbaz Sharif also asked Chief Election Commissioner Sikandar Sultan Raja to expose all those in the Federal and the provincial government and responsible for giving illegal instructions.

The PML-N wrote the letter after findings and recommendations of two investigation reports and asked the CEC to file complaints against all election officials performing duties in Daska who were identified as having committed offences under sections 184, 186, 187 and 188 of the Election Act in the court of law.

He said that action should be taken against those involved as per sections 167, 175, 174 and 183 of the law, suggesting that amendments be made to the act, election rules, code of conduct and procedures in consultation with political parties to avoid irregularities like the Daska by-election.

In the letter, Shehbaz Sharif said that the fact-finding reports were issued on the NA-75 Daska by-election in which presiding officers, election staff, the Sialkot deputy commissioner (DC) and the district police chief were declared guilty of misconduct and illegal activities.

He said electoral fraud and vote theft had stained the democratic system and asked the CEC to initiate further probe to identify, fix responsibility on, and file complaints against the persons at the federal and provincial levels (other than those mentioned in the reports) who were “behind-the-scenes directors” of the whole episode.

He said that there was also a need to formulate amendments to the Act/rules/code of conduct/SoPs in consultation with political parties to ensure that the illegalities in the infamous NA-75 (Daska) by-election do not recur.

He stated that both investigation reports contained compelling, indisputable facts which constituted a damning indictment of the Pakistan Tehreek-i-Insaf’s Punjab government over a “pre-meditated and systematic rigging of the by-election.

He also said that the main finding of the first report was: official records obtained from various sources, including the Pakistan Telecommunication Authority, Intelligence Bureau and police, and statements of presiding officers and other election officials revealed that the by-election was not held in a fair, free and transparent manner.

The letter said that disclosures made in the reports established election rigging of an unprecedented nature, amounting to subversion of the will of the people, disrespect of the people’s vote, and a stain on the democratic system.