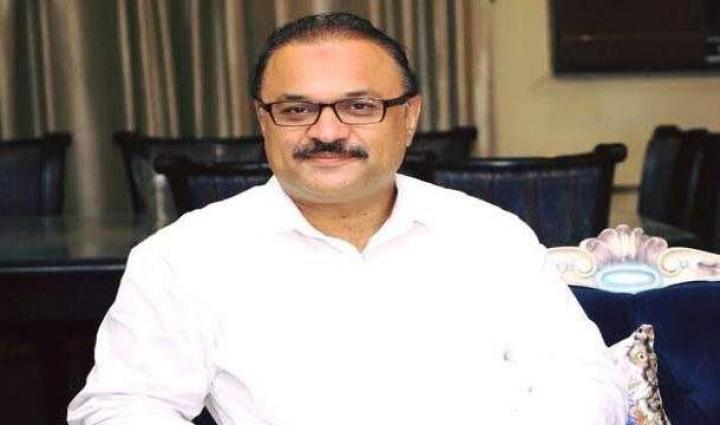 Special Assistant to the Prime Minister on Political Affairs Malik Amir Dogar on Saturday said the Pakistan Tehreek-e-Insaf (PTI) has laid the foundation of a strong and transparent electoral system by enacting legislation on Electronic Voting Machine (EVM).

While holding a meeting with delegations from different union councils of NA-155 during an open court held here, he said the EVM system was being opposed by those who came into power through rigging.

He said the Pakistan Tehreek-e-Insaf was committed to lay foundation of a strong and transparent electoral system in order to give a strong democracy to nation in future and to eradicate the word “rigging” forever.

He said Pakistanis abroad were playing an important role in development of the country by sending huge foreign exchange to Pakistan annually, adding, the PTI led government has given them opportunity to play their role in the political system of the country.

Dogar maintained that every government of the past had spoken for the rights of expatriates but never given them basic political rights to vote. He termed this an important achievement of the PTI government which will be written in golden words in the history.

He congratulated the parliamentarians and the nation on this important legislation. He said the PTI government paying special focus on the development of the people while the opposition was talking about protest and long march.

“Prime Minister Imran Khan was working for the development of the country with good intentions and sincerity,” Dogar said and added that welfare of poor was one of the major agenda of the government.

He said the doors of “Dogar House” have always been and will remain open for the people.

The SAPM was present at his residence from 11:00 a.m. to 6:00 p.m., where he met with the people belonging to NA-155 and various union councils of the city. He listened to the problems of hundreds of citizens related to WASA, electricity, Sui Gas and development projects and issued orders on the spot for early solution.