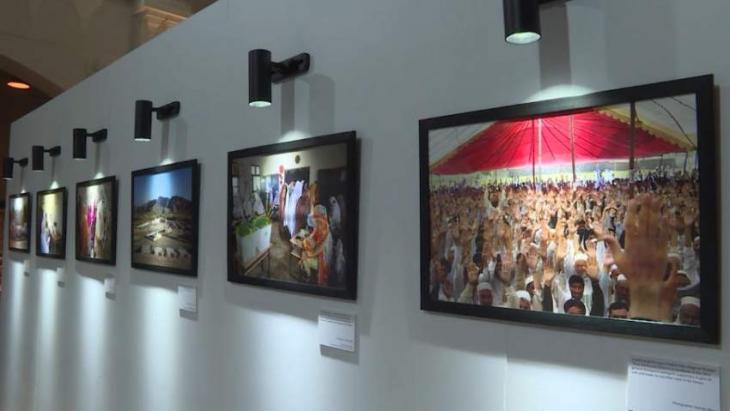 To mark the 70th anniversary of bilateral relations and 60th anniversary of development cooperation between Pakistan and Germany, GIZ Pakistan launched a photo exhibition on the merged areas, Khyber Pakhtunkhwa here at Peshawar Museum

Khyber Pakhtunkhwa Minister for Health and Finance Taimur Saleem Khan Jhagrha inaugurated the exhibition with attendance of representatives of the German Embassy, GIZ and officials of the Khyber Pakhtunkhwa that would be continued till December 12,2021.

In his remarks, the provincial minister said that it was a proud moment for Peshawar Museum; let this exhibition be an opening door of the Museum for public.

He said international celebrities have appreciated Peshawar Museum; world travelers are now travelling to Peshawar and the PTI government has improved the face of Peshawar and KP with projects like the famous Gor Gathri, Mohabbat Khan Mosque renovation, and Takht bahi in Mardan.

The minister said that the KP government has renovated the historical sites including the house of famous actor, Dilip Kumar (late), which has now been opened to the public.

The minister also directed the KP Archaeology department to hold more exhibitions in the museum and to present the rich culture and heritage of the province and merged districts to the world.

If other provinces contribute the promised amount this allocation will reach 100 billion this year, Jhagra added.

He said that Rs5 billion have been allocated in the current fiscal year to improve and upgrade basic health units in Erstwhile Fata.

Taimur said that for the very first time in history the people of the merged district have been provided with free medical facilities under the Sehat Card Scheme. This facility would be upgraded to Sehat Card plus from first January 2022, said Jhagra.

Talking about the event, the minister for health and finance said Peshawar is one of oldest living city, adding inviting tourists to promote cultural tourism of Peshawar.

The photo exhibition gives an insight into this remote region that in 2018 has been merged into the Province Khyber Pakhtunkhwa.

The exhibition depicts the local people following their trades, earning their livelihoods, and struggling to provide their children with a better future. They also show an emerging local governance system, community development initiatives, and improvements in the education and health sectors.

Dr. Deichmann, Charg� d’Affair of the German Embassy in Islamabad, highlighted that with decades long friendly and trustful political, economic and cultural ties, the development cooperation between Germany and Pakistan have been continuously adjusted in line with new challenges and changing social, economic and political frameworks.

To date, Germany has invested around 3.5 billion Euros in its development partnership with Pakistan, he added.

He said that there is a huge potential for promoting academic research, cultural tourism and awareness raising among the public on the importance of cultural heritage.

She further stated that GIZ is working with the provincial and local governments to promote efficient, transparent and a participatory approach focused on strengthening institutional capacity and improved governance in health and education for better service delivery to the local people in Merged Areas of Khyber Pakhtunkhwa.