Skip to content
تازہ ترین
German childrenu2018s TV show from the 80s where the protagonist has a beer for breakfast 1st crypto commandment for all people in the bottom of the pyramid. Also, this is financial advice SMBR To Visit Narowal – UrduPoint Malaysia Reports 3,856 New COVID-19 Infections, 9 More Deaths Shahzad Akbar Resigns As PMs Aide On Accountability Burkina Faso Military Say They In Charge Of Country In Poland, the virus got so bad, we had to call Aragorn to help Of course of course Trade Deficit Growing Alarmingly: Mian Zahid Hussain Berlin Revokes Disconnecting Russia From SWIFT From Consideration – Reports 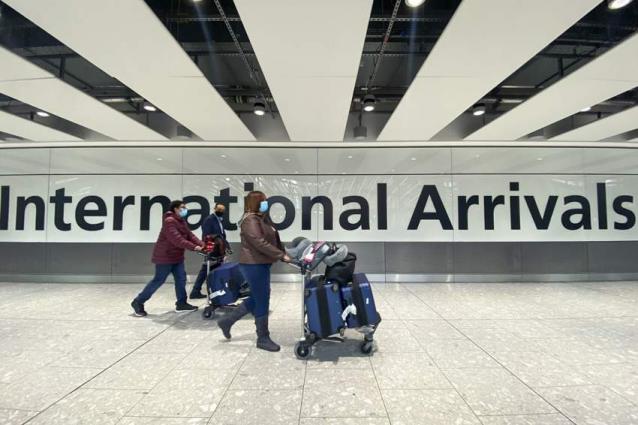 The World Health Organization has said that Omicron has an increased re-infection risk.

ISLAMABAD: (UrduPoint/UrduPoint / Pakistan Point News-Nov 27th, 2021) Countries around the world have restricted travel from southern African countries in an effort to contain a new variant of Covid-19, Omicron.

In a statement, the World Health Organization said that Omicron has an increased re-infection risk.

The statement said the number of cases of this variant appeared to be increasing in almost all of South Africa‘s provinces.

This variant has a large number of mutations, some of which are concerning.

The WHO said it would take a few weeks to understand the impact of the new variant, as scientists worked to determine how transmissible it was.

The United States, Britian and other countries that have announced travel restrictions and measures include Australia, Japan, Iran, Canada, Thailand Brazil, India and Saudi Arabia have also announced restrictions including suspension of flights to and from the South Africa states.